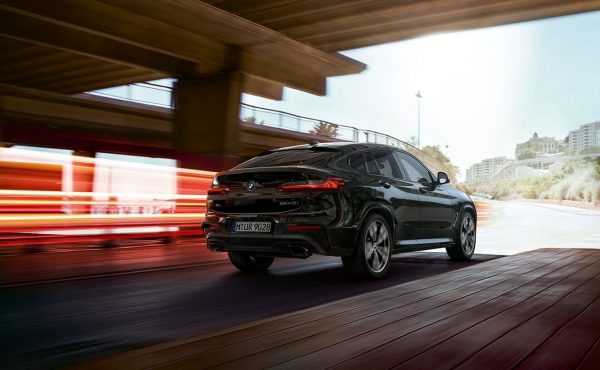 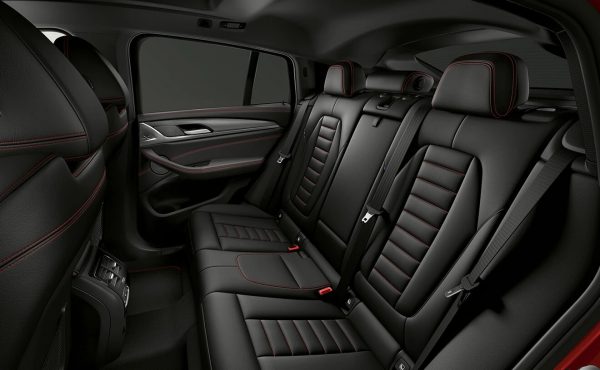 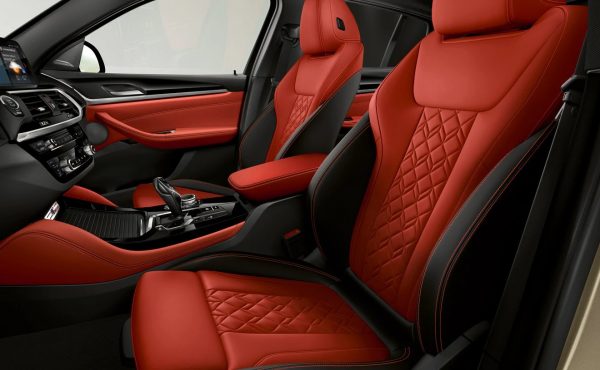 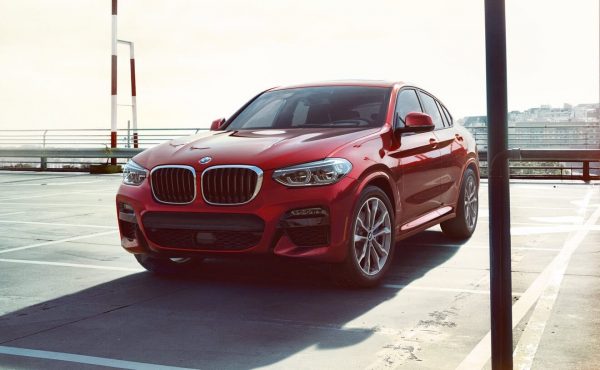 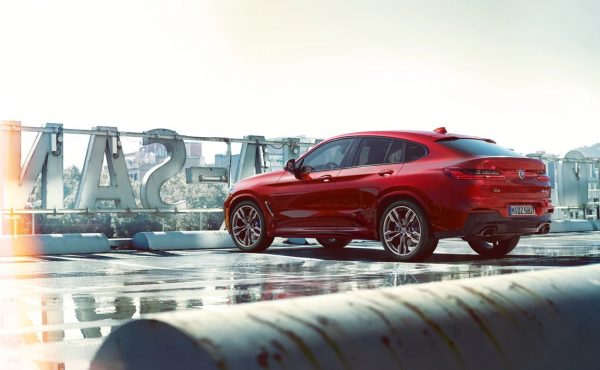 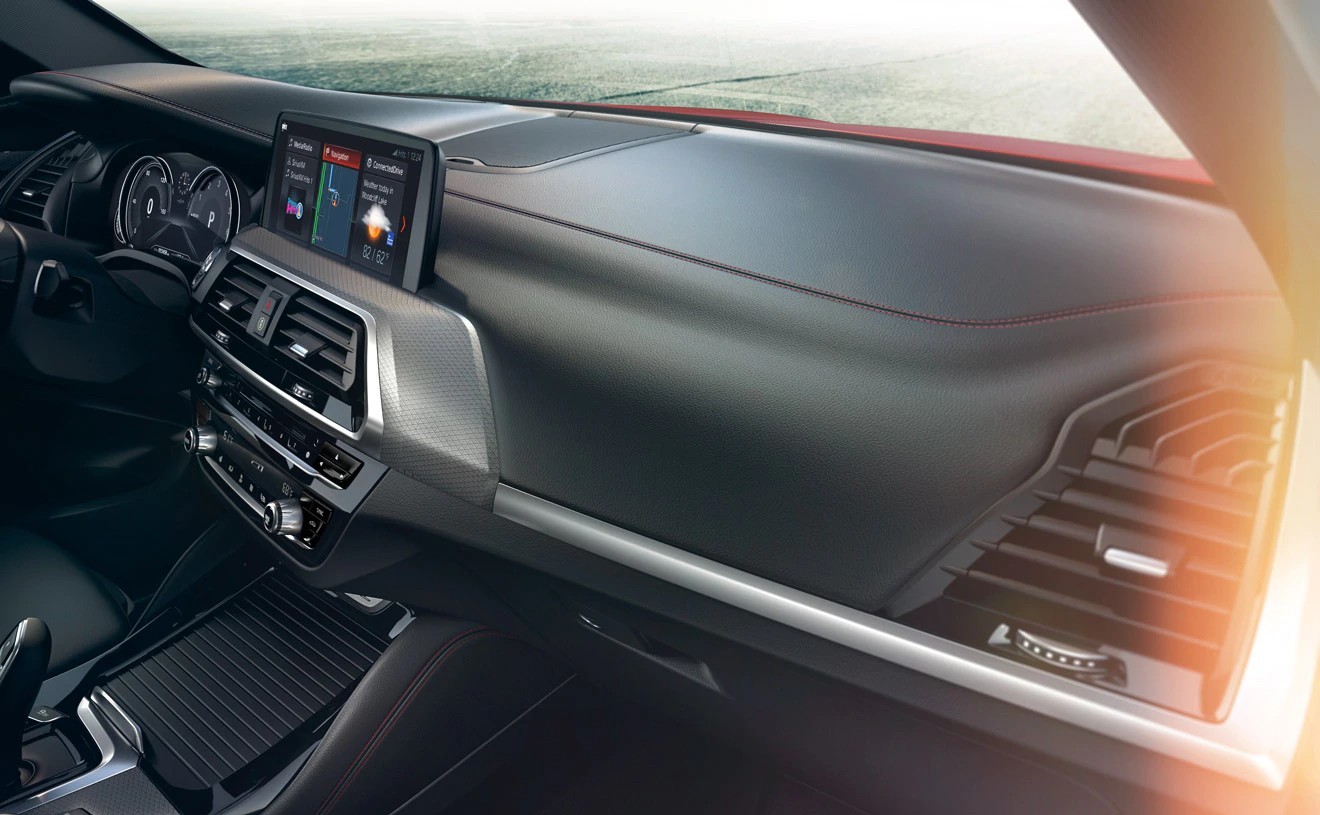 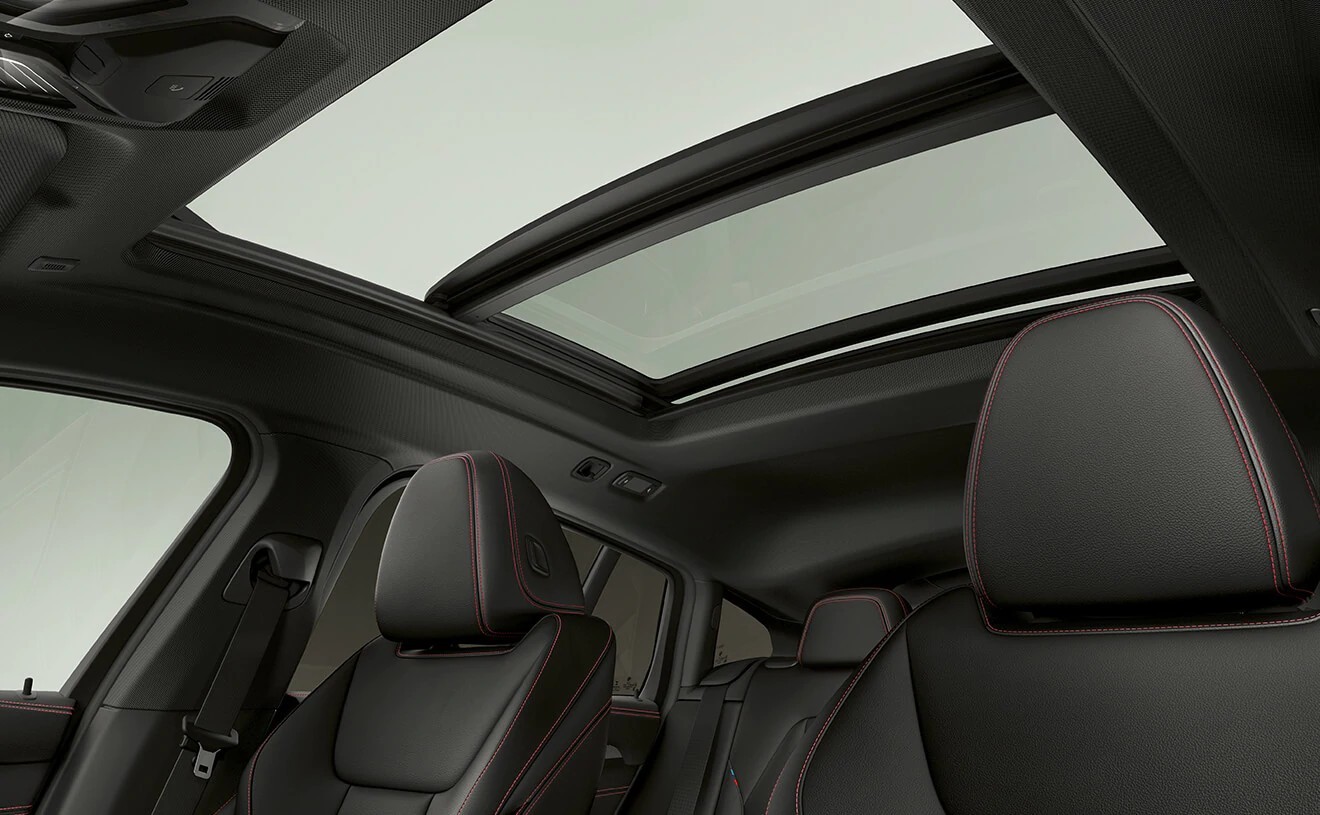 An 8-speed sport automatic transmission with manual and sport shift modes, as well as paddle shifters on the steering wheel and Launch Control, create a unique immersion and smooth driving experience.

The BMW X4 is surprisingly fast and agile. The X4 M can accelerate from 0 to 100 kmsa/h in an incredible 4.1 seconds, which is an almost unmatched SAV. You can find great BMW X4 personal lease options at Grand Prix Motors with unbeatable prices and exceptional service.

At Grand Prix Motors, we strive to make it easy for our customers to lease luxury cars that fit their lifestyle, among which BMW X4 lease prices seem to be even affordable. In addition to exciting BMW X4 lease deals, we also offer an online calculator to help you plan your lease in advance, as well as a free quote from your personal lease expert.

The BMW X4 is a close relative of the more popular X3. Both are luxury compact SUVs, but the X4’s sloping rear roof gives it a more relaxed and sporty look. Sadly, it also lowers headroom and rear seat cargo space, but those sacrifices might be worth it if you want something a little different from other standard crossovers you see in your area.

Payload and passenger capacity are a compromise. However, the X4 comes with features and equipment that position it as a more premium offering than its regular rooftop counterpart. This second generation X4 went on sale in 2019 and was just refurbished in 2022. In the BMW SUV coupe range, the X4 sits between the smaller X2 and the larger X6.

The base BMW X4 xDrive 30i rides on a turbocharged 2.0-liter four-cylinder engine. It demonstrates 248 horsepower and 258 lb-ft of torque. On the track these days, this model sprints from 0 to 100 km / h in a respectable 6.1 seconds. If you’re in the mood for something with a higher octane rating, the X4 M40i would be ideal.

This model is powered by a turbocharged 3.0-liter six-cylinder engine that produces 382 horsepower and 365 lb-ft of torque.

Launch control is standard. An eight-speed automatic transmission comes for both variants. The standard here is all four-wheel drive. Whichever X4 you choose, you’ll love an SUV that combines agility and ride quality that’s easy to live with.

BMW estimates the acceleration time to 100 km / h with this X4 in 6.0 seconds. Fuel economy should be approximately 23/29 mpg city/highway.

The X4 M40i has a turbocharged 3.0-liter I-6 engine, again with an eight-speed automatic and all-wheel drive. By 2022, you will get a 48-volt mild hybrid electric system that improves the auto start/stop feature and increases power to 11 hp. for better autonomous overclocking. Power 382 HP and 369 Nm, which allows you to accelerate from 0 to 100 km / h in 4.4 seconds. The fuel economy should be around 21/27 mpg.

Both the xDrive30i and M40i provide a nice balance between comfort and agility. For even more sportiness, consider leasing BMW X4 in M models. Improved performance such as redesigned suspension and limited slip differential gives them even sharper handling.

However, they also sacrifice some driving comfort as more bumps and falls are caught in the cockpit. All-wheel drive is standard.

Pure modernity is central to the X4’s premium interior. The center console looks a bit like a superhero crest and sits beneath a sleek floating touchscreen. The X4 has 35.5 inches less rear legroom than its more pragmatic X3 sibling (36.4 inches).

Plus, the X4 makes compromises when it comes to cargo space. This model provides just 19 cubic feet of cargo space with all seats in place and 51 cubic feet with the rear seats folded down.

The X4 has a total of 50.5 cubic feet behind the front seats. The space behind the rear seats can be up to 23.7 cubic feet but the standard is 18.5 cubic feet. While there is ample room for luggage or small furniture, there is less room here than most classmates.

Nice materials such as oak wood trim adorn the interior of this vehicle. There are also many smooth synthetic leather surfaces.

The 2021 BMW X4 lease in NY is offered in two all-wheel drive models. The base xDrive30i has a turbocharged 2.0-liter four-cylinder engine. It performs 248 horsepower and 258 lb-ft of torque. The M40i is powered by a 3.0-liter turbocharged six-cylinder engine producing 382 hp. and 369 lb-ft. An eight-speed automatic transmission is the only transmission option.

Notable packages for the xDrive30i include:

M was the legendary letter for the most powerful BMWs until the Competition models took the stage. The X4 M is powered by the BMW 3.0-liter S58 I-6 turbocharged engine producing 473 hp. and 457 lb-ft of torque, 15 lb-ft more than the 2021 model. With four-wheel drive and eight-speed automatic transmission, BMW estimates the acceleration time of the X4M to 100 km / h in 3.9 seconds. A sports suspension and additional chassis amplifiers provide handling with an M-badge. Behind 20-inch wheels, perforated ventilated brake discs reduce discoloration.

As the name suggests, the X4 M Competition package adds equipment to reduce lap times. Thanks to the highly efficient exhaust system, the engine power is increased to 503 hp. Torque is also up 37 ft-lbs from a year ago to 479 ft-lbs. Estimated time from 0 to 60 reduced to 3.7 seconds. But the model of competition is not only about strength. Special bearings, bushings, and other accessories have been added to make the chassis more rigid and responsive.

Now that limited-time BMW X4 lease options are exclusively available at Grand Prix Motors, there’s nothing stopping you from leasing one of the most popular luxury SUVs on the market. With such attractive BMW X4 lease offers, even our ever-large new inventory won’t last long.

Don’t miss out on the best opportunity to get behind the wheel of the new BMW X4 for a price you’ve never seen before and may never see again. Whether you live in New York, Connecticut, or anywhere near our Brooklyn Grand Prix Motors dealership, we’re sure you should take a trip to see us at 2737 Coney Island Ave, Brooklyn, NY 11235 or call us at (718) 648-8822.