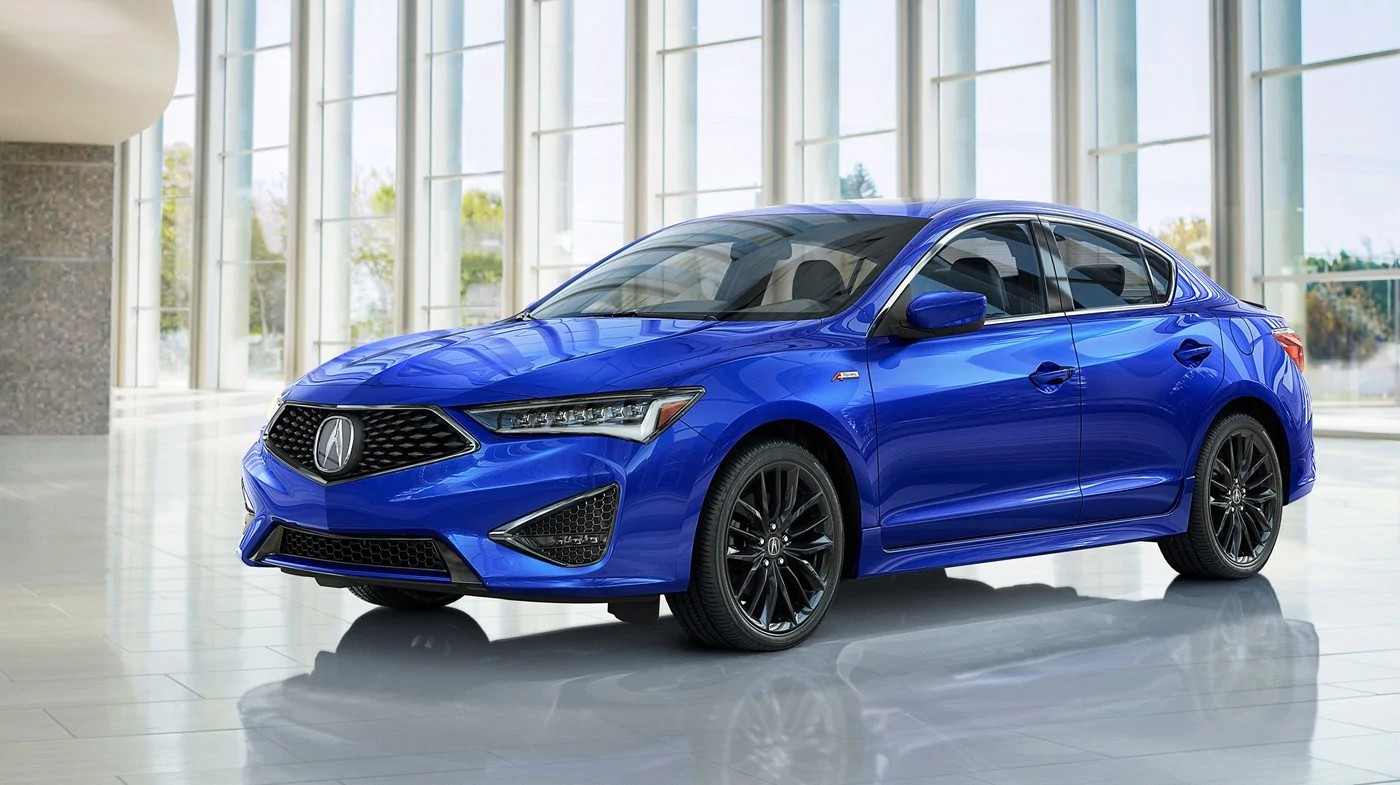 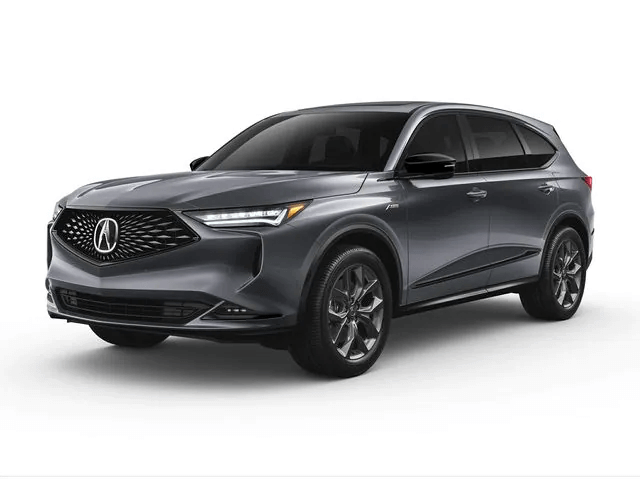 HOW TO GET THE BEST ACURA CAR LEASE TODAY?

Looking for an appropriate vehicle to drive for a few years can be a long process. When you start your way with Grand Prix Motors experts, you make the right choice. Experienced and high-qualified assistants find a car that satisfies your needs and provide the best lease conditions!

Do you know how to save your money and even get some profit on your lease? Zero-down leases and trade-in programs will be helpful! GPM lease offers are unique on the market in 2021 because we reveal the secret of cost-effective leasing.

Do you want to drive a luxurious car for the lowest price? Keep in touch with the most reliable car broker in the US to lease the latest model of Acura cars and save some cash!

Are you thinking of leasing Acura’s car for 24 months with low monthly payments and no fees? We have to show you our lease specials!

Contact your GPM personal lease expert to get the best Acura lease offers and keep your cash and safety with the trusted partner!

Acura is a high-profile automaker known for offering cars with impressive levels of luxury, functionality, and performance. It has come a long way in a short time, however, as Acura’s history is relatively short.

Parent company Honda introduced the Acura brand to the US market in 1986 in an attempt to create a separate luxury division for its products. At first, it was just a show of two cars: the Legend sedan, which was the first true Japanese luxury car sold in America, and the Integra sports coupe and sedan.

Although the Acura brand was primarily created for the North American market, it was an immediate success. Consumers loved the performance, performance, and high-quality image of Acura vehicles, as well as the fact that Acura enjoys Honda’s reputation for reliability and low cost of ownership. In 1991, Acura unveiled its jewel in the crown: the all-aluminum NSX sports car, which offered similar performance to other exotic cars but significantly reduced the price.

What are the Acura current lease offers?

Honda-owned Acura produces a line of premium vehicles renowned for their sporty handling and an extensive list of standard equipment. Acura SUVs include the MDX and RDX, while Acura vehicles include the compact ILX, the mid-size TLX, and the RLX, which is a full-size sedan. The brand also has a supercar in the form of a high-performance NSX. Acura’s main competitors are premium brands such as BMW, Lexus, and Infiniti.

The premium brand Honda produces cars, SUVs, and one ultra-fast hybrid sports car. You can get your best Toyota car lease deal with the most trusted broker in Brooklyn. Try getting a zero-down lease in 2021 with Grand Prix Motors and you’ll get the cheapest car leasing rates on the market. There are monthly lease specials and exclusive offers including a lease trade-in program. Acura these days bears very little resemblance to the Acura of old, a former premium sports car manufacturer with Honda’s reputation for engineering excellence and reliability. The Honda connection remains, but Acura’s lineup is no longer replete with overtly fun cars. Instead, most of its offerings are nothing more than quirky Honda. Objectively, that’s not bad, but the brand could be spiritually transformed towards NSX supercars and sportier versions of the TLX sedan that seem to uphold the brand’s values.

What is the History of Acura?

Founded back in 1986, Acura was actually the first Japanese luxury brand in America. He began his lineup with the Legend and Integra, which were sold in 60 different dealerships and 18 states throughout North America at the time. Its parent company, Honda, existed about ten years ago, so innovation and ingenuity were among the core tenets of the new brand.

The Acura Legend Coupé was the first of the brand’s models to feature a driver-side airbag, and just a year after its introduction, it won the Import Car of the Year award. This early success saw Acura sell 52,869 units in its first year, with an additional 90 dealerships applying to sell their products. Later, in 1991, Acura added a new model to its two-car lineup: the venerable NSX supercar.

The 1990s ushered in a new era for Acura. With the addition of the NSX, which replaced the Ferrari 328, and a range of luxury sedans and coupes in the form of the Integra and Legend, Acura has played an integral role in bolstering Japanese luxury in the United States alongside the Lexus and Infinity.

Over time, the brand began to expand, offering sporty options that stood out with more upscale finishes and finishes than their Honda cousins. The Integra got bigger and better in the mid-90s, and it even had a performance iteration called the Integra Type R. For those looking for something a little more subtle, Acura has released a two-door CL and a four-door TL at the end. The 90s and Legend were eventually replaced by RL. Acura’s sales were good at the time and the brand was well known to the general public.

However, as the Acura product line grew in the 1990s, the company struggled a bit. Some of its products were hopeless, and it risked alienating regular customers by substituting alphanumeric names for Legend and Integra. In the mid-90s, the company acquired the popular luxury SUV, the SLX. Unfortunately, the SLX turned out to be just an updated version of the Isuzu SUV, and its quality did not meet the expectations of buyers.

At the turn of the century, Acura refined its models to remain relevant and competitive. A brand new SUV called the MDX debuted with numerous family features, including third-row seats. At the time, his stable version had MDX, CL, TL, RL, and Integra, however, he completely redesigned the lineup to represent RSX, TSX, RDX, and eventually RLX. As alphabet-plate soup came and went and evolved, in the early 2010s it seemed like the brand had hit the wall.

Auto critics believed that the brand was simply repeating models and coming up with the same innovations over and over again, expecting different results. While it makes sense for a brand to rely heavily on a proven method of designing cars based on past models, the sales numbers suggest otherwise.

By mid-decade, the NSX was gone, but Acura expanded its lineup with the street-facing compact crossover RDX, TSX, and ZDX station wagons, fastback crossovers that prioritized unique style over practicality. Today, Acura is still trying to find its ideal niche, but neither the quality of Acura vehicles nor their attractive combination of performance, technology, and value can be denied.

What is the position of Acura for lease prices now?

The good news is that while Acura’s products may have become outdated in some public opinion, the brand has never been in danger of going bankrupt. New Acura lease deals are steadily gaining popularity. However, it was rather a decline in sales, which may change for the better in the coming years. Grand Prix Motor’s experienced lease experts will help you find the Acura car based on your requirements, needs, and lifestyle while securing the best lease deals on almost every model, from the lowest-priced models to luxury cars.

Are you considering leasing an Acura in New York? Grand Prix Motors is a trusted company with nationwide access to all brands and models. By working directly with dealerships and multiple financial institutions, we offer the cheapest $0 down Acura lease options with no hidden fees or unexpected costs.

Can I lease Acura with no initial down-payment?

The answer is definitely YES! Grans Prix Motors provides flexible lease conditions based on your needs and requirements. If you don’t want to pay some money upfront, you have no problems with this deal. However, consider that your monthly payments might be a little bit higher than they could be. But leasing an Acura car is possible with no down payment and it can be profitable too.

Is it possible to trade in my Acura car?

Nowadays it is a great solution to trade in your leased Acura car and make some extra money because of the specific situation on the market. Of course, there are some benefits you get with trading in your auto: no penalties imposed, the cost of your current vehicle is rolled into the next lease, you can do everything in your leasing company, and the lease provider will be responsible for your old financing, no paperwork, and piles of documents. Consider that Grand Prix Motors can trade in virtually any make and model of yours!

Can I start leasing Acura with poor credit?

In general, you’d better have a perfect score which is between 680 and 739. However, there are several ways to lease Acura with bad credit. Grand Prix Motors offers a wide range of choices. You may find any make and model here to fit your needs and lifestyle. In case you happen to have a light credit profile, our assistants will work out the possible ways of a lease deal, which may include the qualified co-signer who might have a stronger credit score and be financially responsible for the deal. Your personal lease expert will lead you through the whole process and offer the best options personally for you.

Should I lease or buy an Acura car?

In general, leasing in 2021 is a good way to save money and use a modern well-equipped Acura auto. It allows you to spend your budget wisely with relatively cheap monthly payments. In case you want to have low monthly payments and drive a new car every few years with little hassle, then leasing an Acura is definitely your choice.

Can I negotiate my Acura lease?

If you learn some information before you come to the leasing company, you find that discussions and bargaining can be useful for your leasing process. The parameters of the cap cost, selling price, down payment and some fees are negotiable. It’s worth negotiating the best terms for you. Thus, it will be easy to notice that you know much about car leasing and can provide a reliable partnership!

NOW is the best time
to lease a car

Making up your mind on getting a new car may be a real challenge. If you are hesitating whether to lease an auto or not, here are some points why it is the best time to do it: 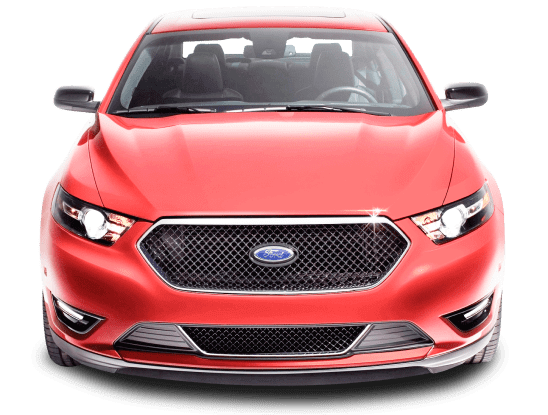 Lease with 0 money down

Car leasing may offer no money down as one of the options. The company will go through the best deals for you and one of the possible ways is to get $0 due at signing/sign and drive option. This way you will not have to pay all the expenses right away when you sign the lease. The money will be included due amount in the monthly cost of your lease. An increase in monthly payments is possible as the total cost will be spread among them. The company’s lease expert can provide the detailed review of the best deals with no money down for you.

How to lease a car with GrandPrix Motors?