If you’re looking for the best Cadillac lease deals in New York, you’re in the right place! Grand Prix Motors offers a wide variety of leasing options for the most popular models. This model became the most popular after the updated crossover had been officially presented to the public.

The manufacturer named more than 30 improvements, including a new engine, and many other features the 2019 model did not have. The most notable changes are the grille, new side mirror housings, and the rear spoiler with a hidden windshield wiper underneath. All these elements have been optimized to improve the car’s aerodynamics and reduce cabin noise.

The sports version of the Cadillac XT5 has glossy black inserts, as well as sporty notes around the interior. Thus, Cadillac XT5 lease deals are the best for any customer who appreciates classy style with futuristic touches!

A Cadillac XT5 lease can offer you an SUV with an advanced engine. General Motors installed a turbocharged two-liter gasoline unit. Motor capacity is 241 hp, and maximum torque is 350 lb-ft. Even though it is a new generation model the new engine does not compare with the old two-liter unit that could produce 269 horses and 400 lb-ft of torque.

But the advantage of this new engine comes in its reduced fuel consumption, due to the lower power demands. In addition, there is a system for shutting off two cylinders built into the engine. According to the manufacturer, in the combined cycle, fuel consumption is 7.5 liters per 100 kilometers. 10-speed automatic transmission works in pair with the engine as well as a modern dual-clutch all-wheel-drive system.

You will be impressed with the variety of body shades as there are 7 options to choose from. The interior is available in 3 colors, and the Cadillac XT5 lease offers 3 options for different decor. Among the interior innovations:

The designers also redesigned the layout of the instrument panel to make it easier to read and navigate. On top of that, the design of the second-row seats has been changed, and the possibility of shifting 140 mm forward was added. 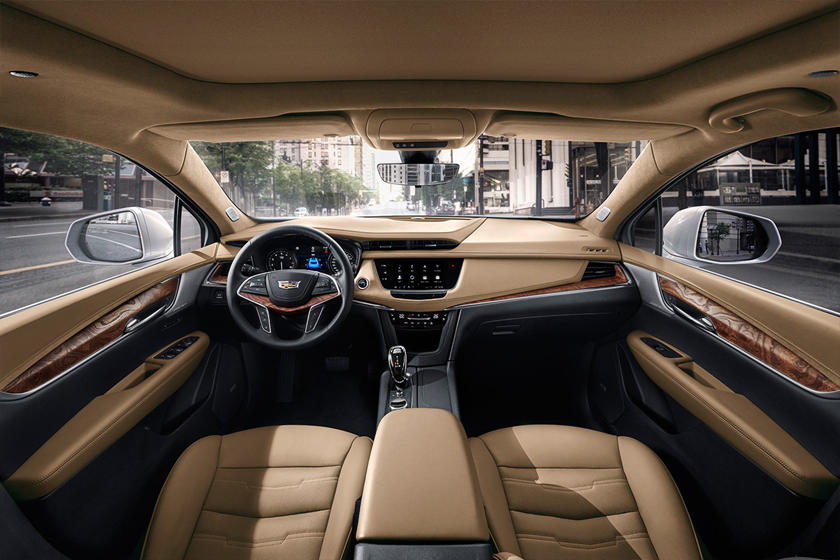 When you come to Grand Prix Motors, you will be pleased with the most convenient leasing conditions! What are the main advantages of cooperation with us?