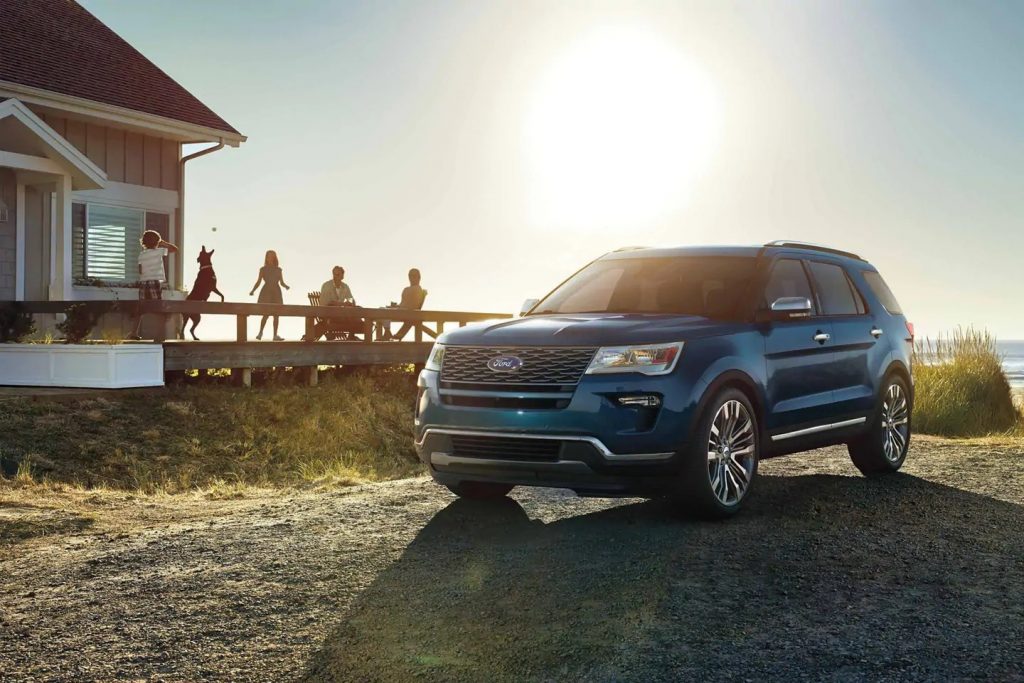 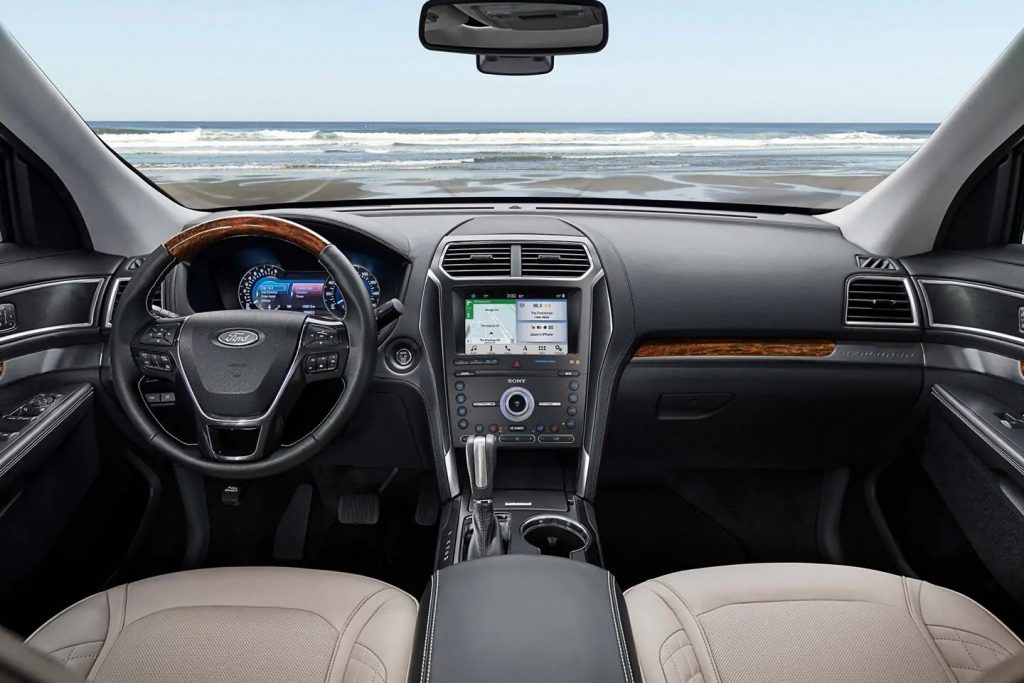 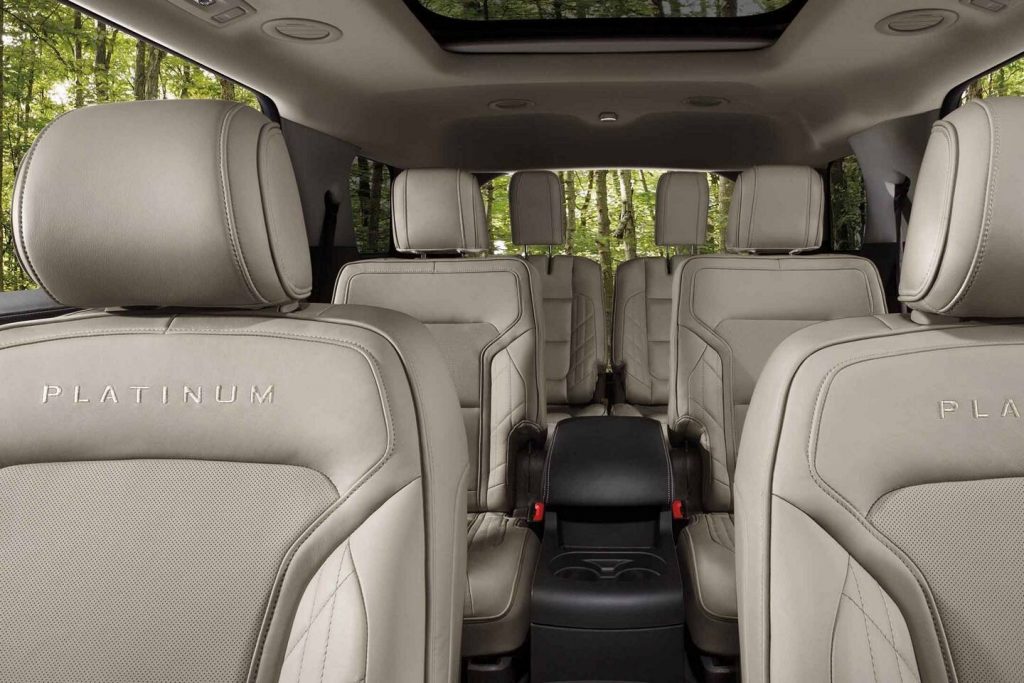 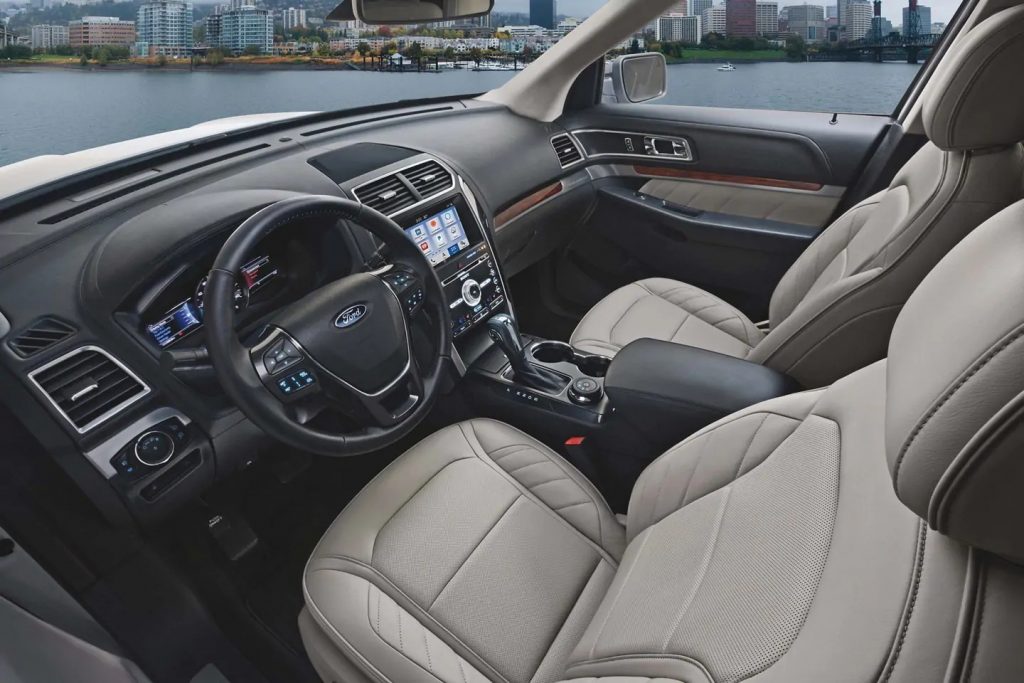 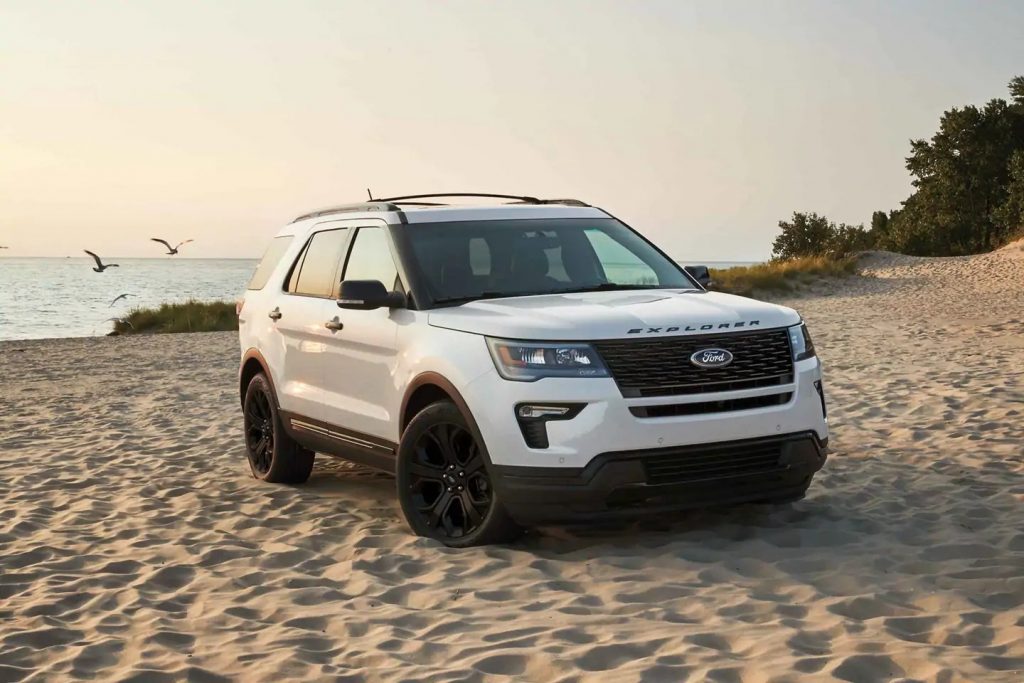 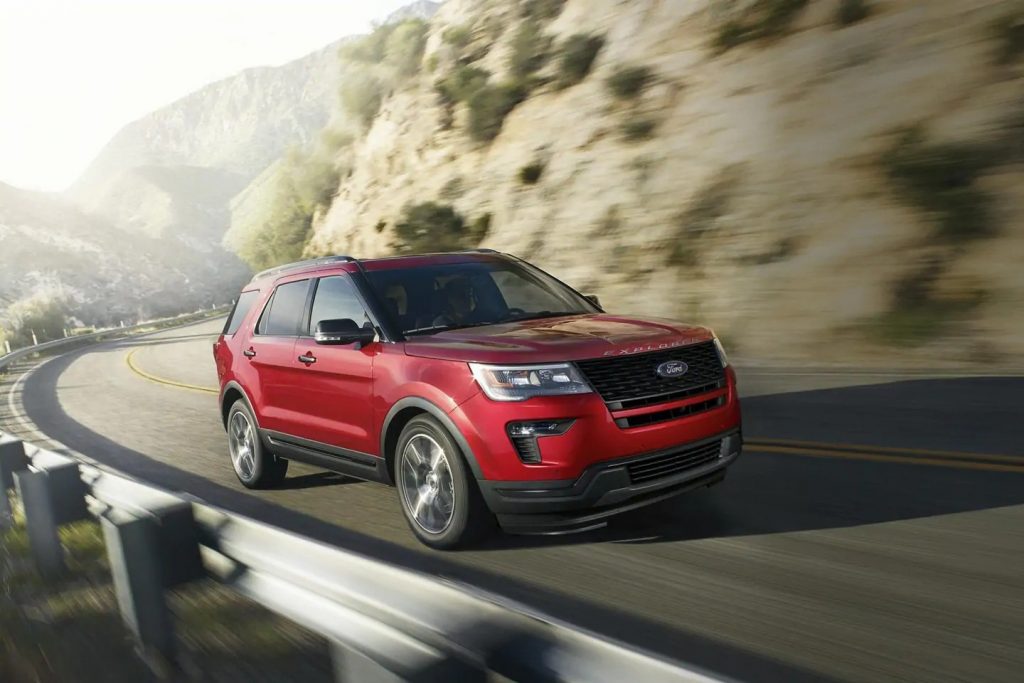 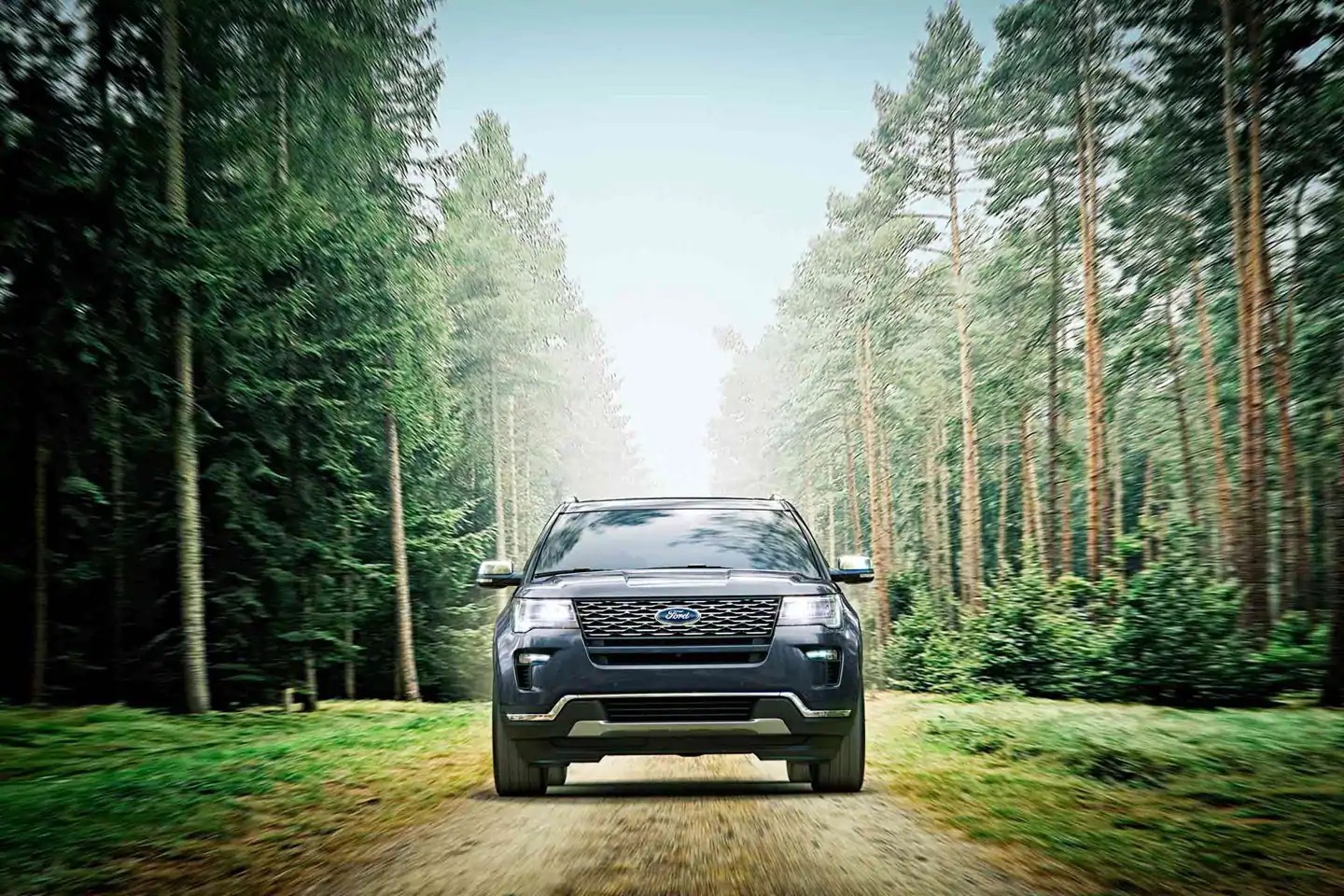 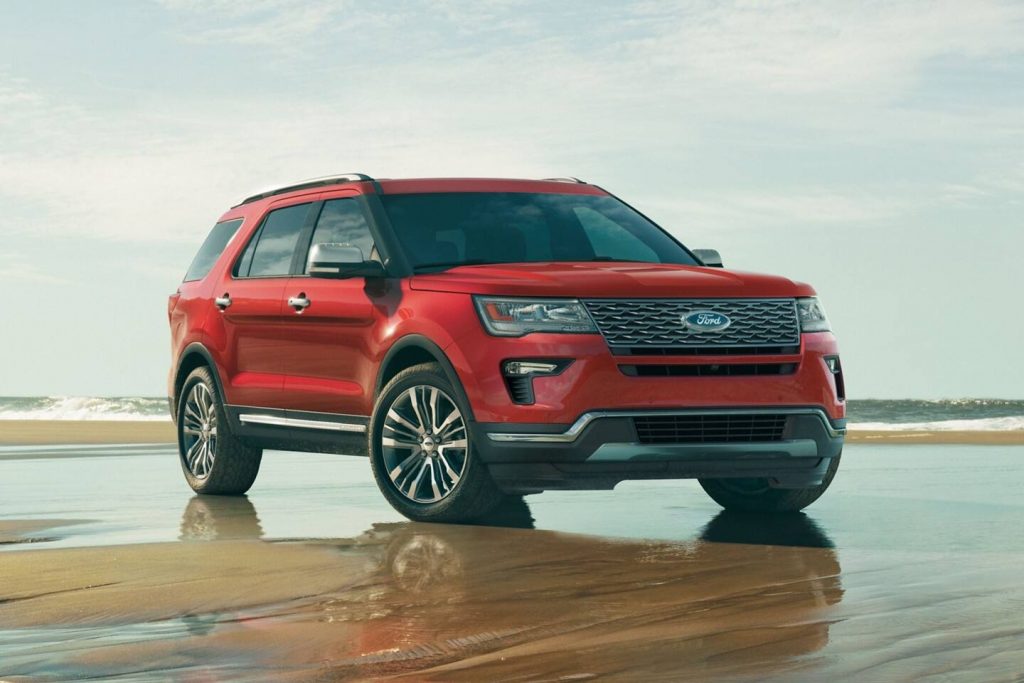 The recently introduced American SUV Ford Explorer 2022 received a lot of changes, as a result, the appearance and interior of the car were updated.

When it comes to power, the seven-seat Ford Explorer proves its level at every stage of the journey. As is the case with many three-row SUVs, body roll is felt in corners, meanwhile, many experts noted an increased athleticism. The rear-wheel-drive Explorer has become more stable and confident.

The dimensions of the SUV have grown a little but it doesn’t mean the higher Ford Explorer lease price.

The ground clearance of 21 cm hints that the model can go both in the city and off-road.

The basic one of Ford Explorer lease options will be a 4-cylinder turbocharged engine running on gasoline. The 2-liter engine develops 237 hp at 340 lb-ft of thrust. This model comes with front-wheel drive only.

Another point is that under the hood of the SUV Explorer you’ll find a naturally aspirated V6 engine with a volume of 3.5 liters. Its power will be 249 horsepower with 346 lb-ft of torque.

One of the top Ford Explorer lease deals NY is the version with an engine of the same volume as a turbine. Such tuning adds power up to 340 hp at 485 lb-ft of torque.

Both older options work in pair with an all-wheel-drive system and a six-speed automatic transmission.

The exterior of the newest SUV has received modified details compared to the 2016 car. Restyled Ford Explorer lease can be recognized by the following features:

In the new body, the Ford Explorer 2022 model looks interesting with lots of faceted shapes, transitions, and clear lines. Restyling touched the profile of the car. Ford designers tried to give the car a sophisticated, dynamic look.

The interior of the updated Explorer has changed. The main difference is another steering wheel. The rim is now more comfortable, the original wooden details appeared at the top. The blue backlighting of the control buttons for secondary functions looks interesting. Finishing corresponds to the premium category. The driver is surrounded by soft plastic, leather, wood, or metal details.

All the most modern technologies were used for the Ford Explorer lease NYC. In the center of the cockpit, there are two air vents, and under them, you can see the touch screen of the multimedia system, and the climate control unit.

The new Ford Explorer lease deals were improved with the software capable of understanding voice commands, gestures, or following controls from a smartphone. The system interacts with the Android Auto or Apple CarPlay applications, a Wi-Fi hotspot is available.

Ford Explorer lease offers you to drive a car with a new Co-Pilot360 suite. It provides:

In general, the auto is reliable and Ford Explorer lease payment is affordable for everybody who wants to drive a modern and comfortable car.

2022 is a high time to look for a Ford Explorer lease near me. One of Ford’s best-selling SUVs has moved into a new generation. Ford Explorer update is easy to notice, it has become better than its predecessors.

The front-wheel-drive platform became rear-wheel drive, which had a positive effect on towing ability and handling. Explorer Hybrid became available. Recent improvements have made the Explorer easy to handle and even more comfortable to ride.

Ford has added five wheel options this year, including a 20-inch version. The new “Safe and Smart” package will impress with a wide range of safety technologies, including adaptive cruise control and cross-traffic alert.

So, Ford Explorer is a fresh and impressive auto with many interesting features and smart solutions. Don’t miss your chance to drive it!