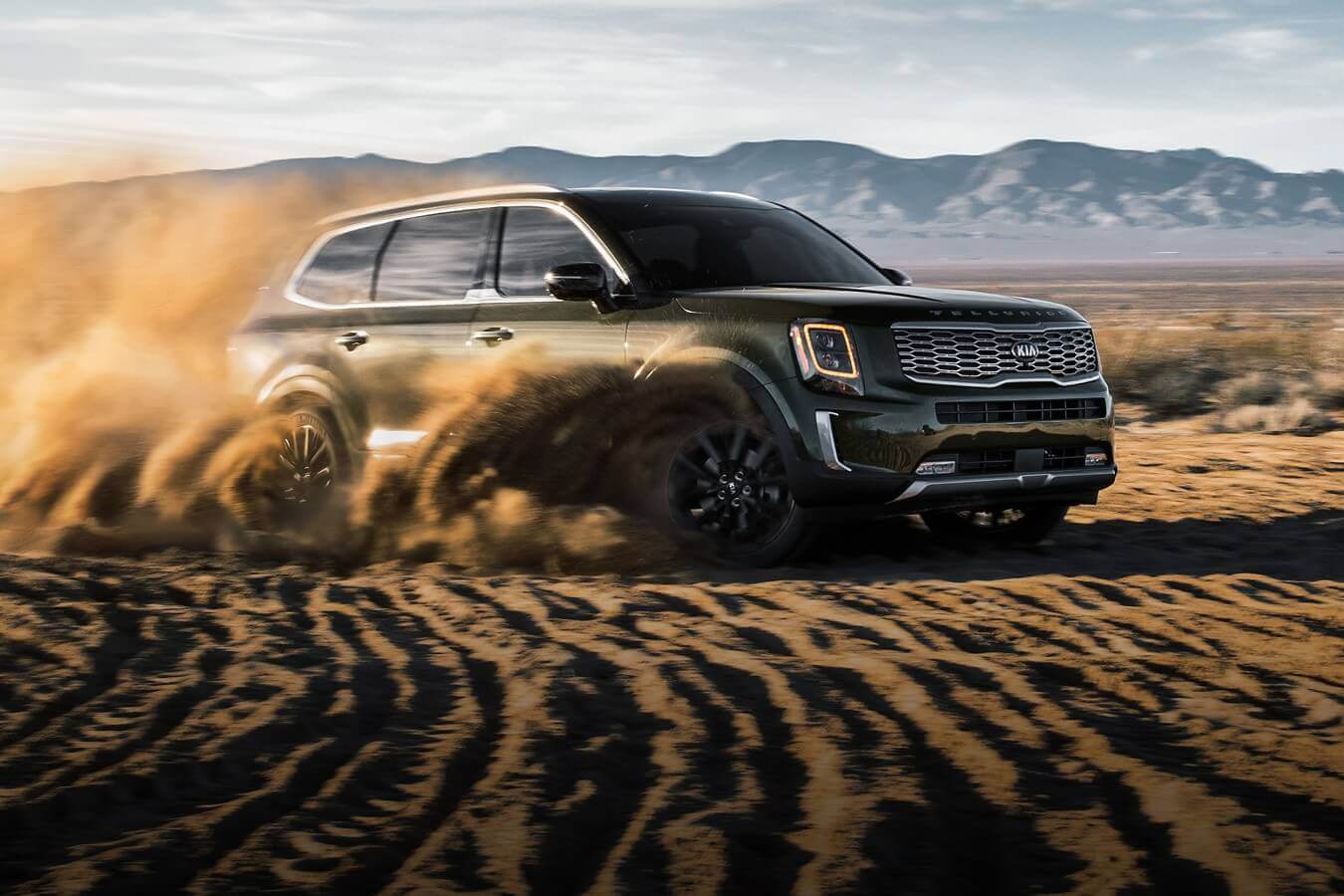 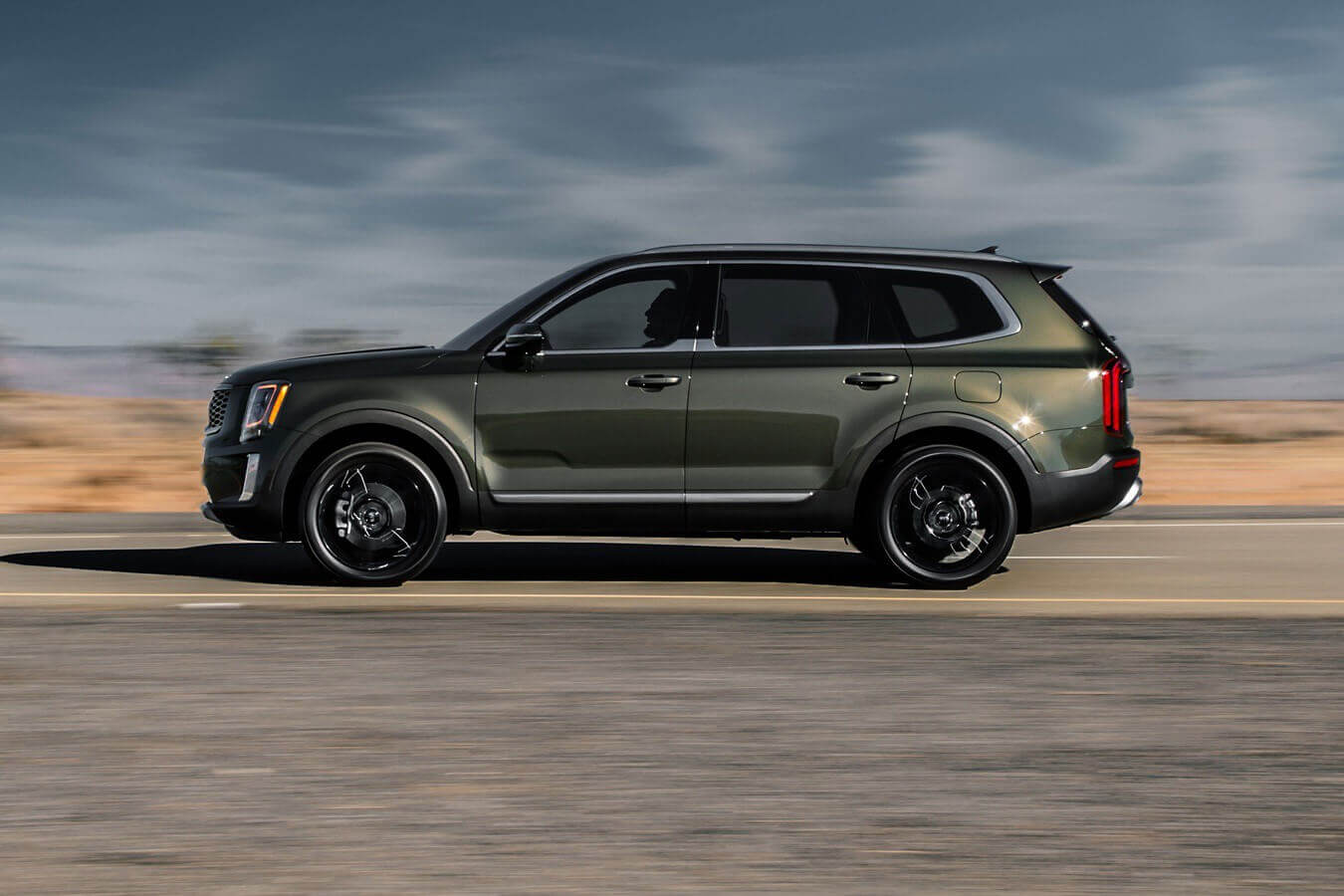 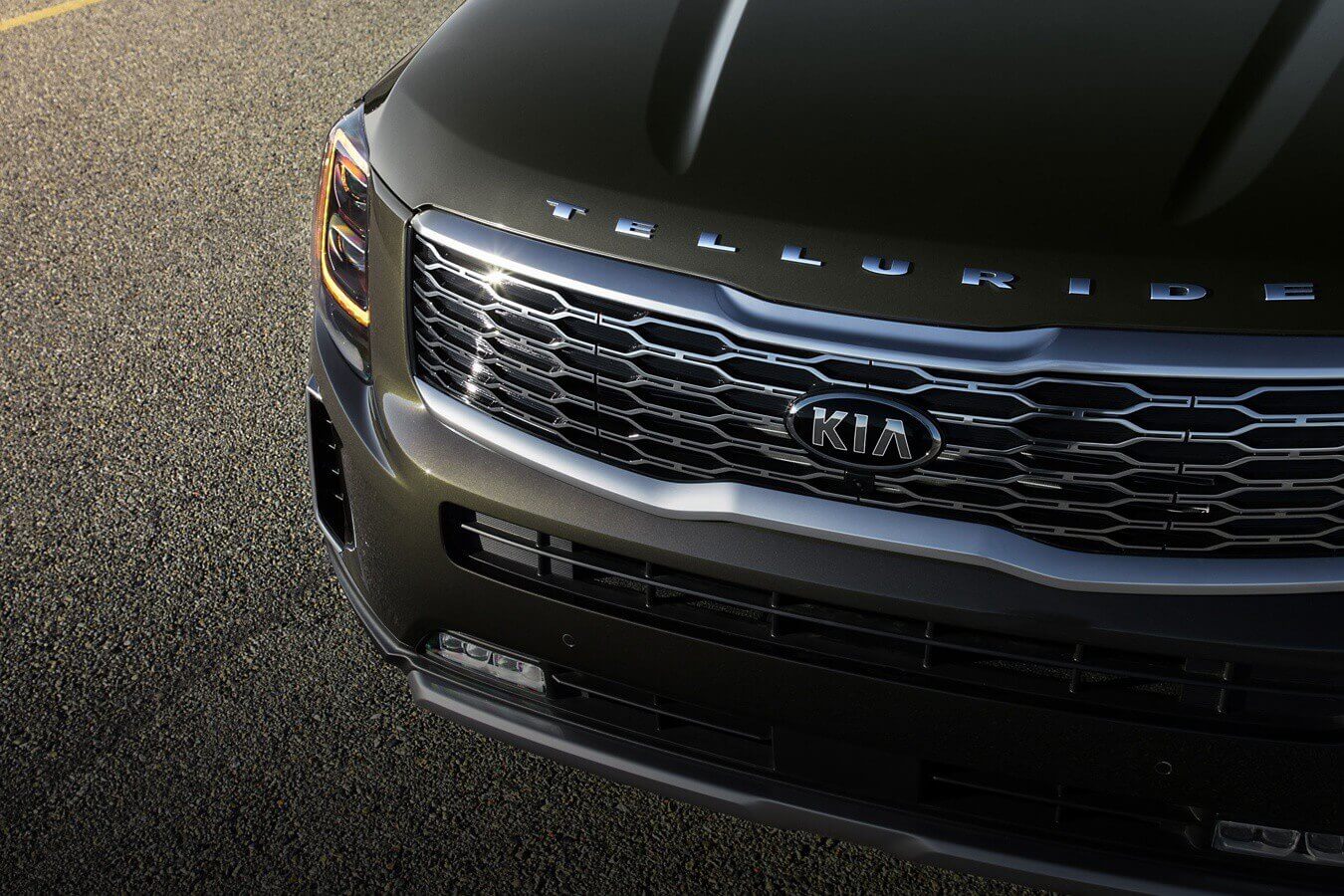 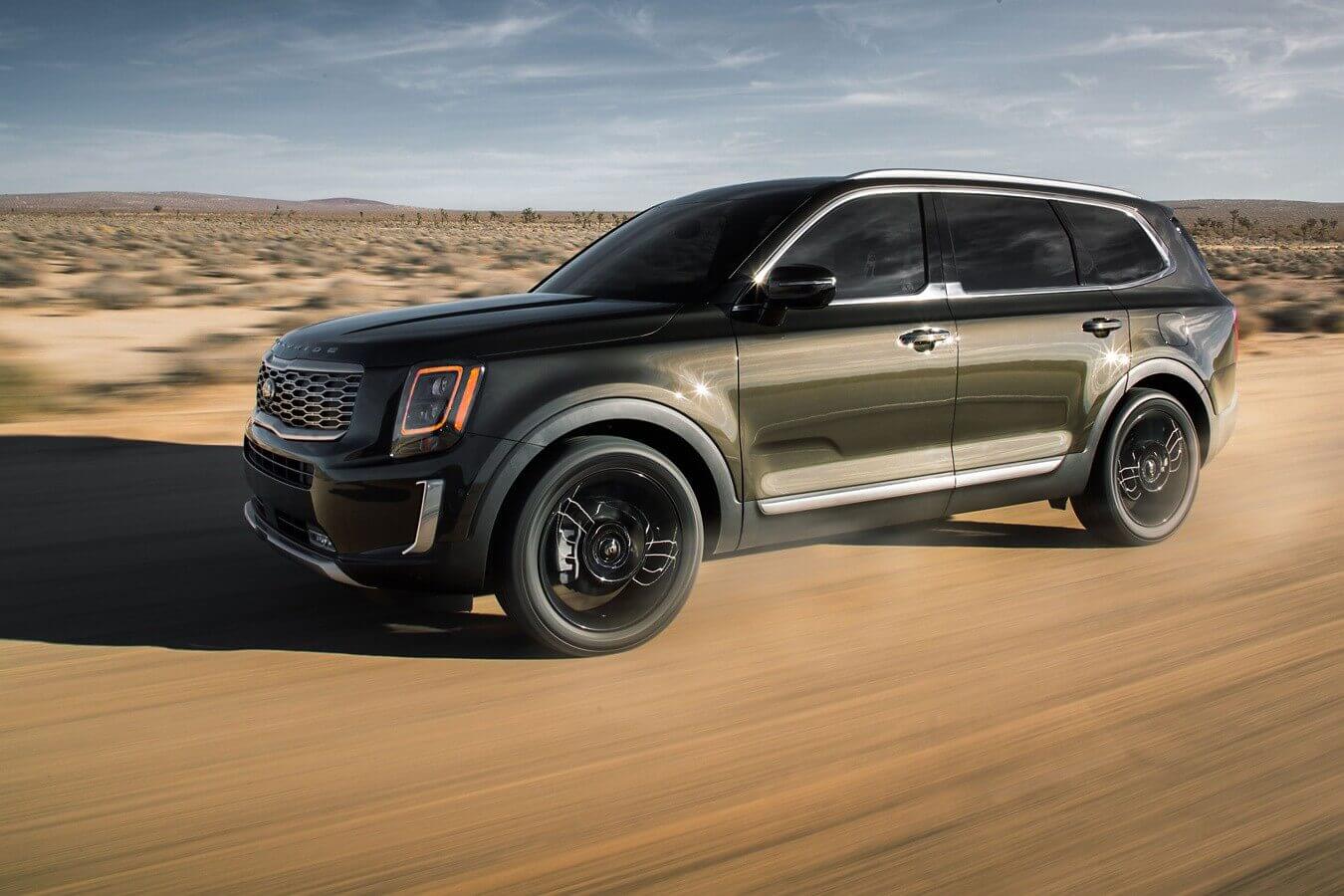 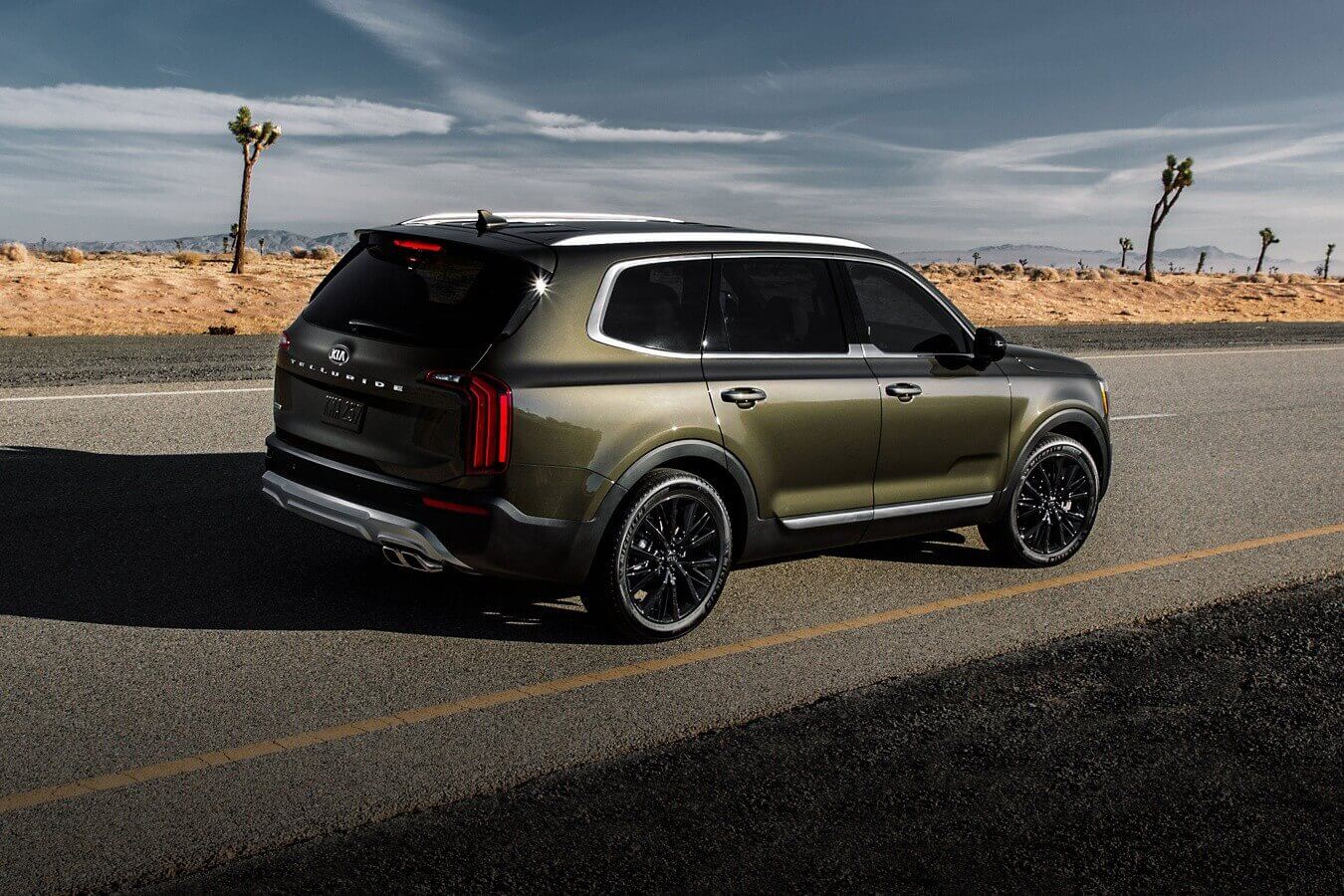 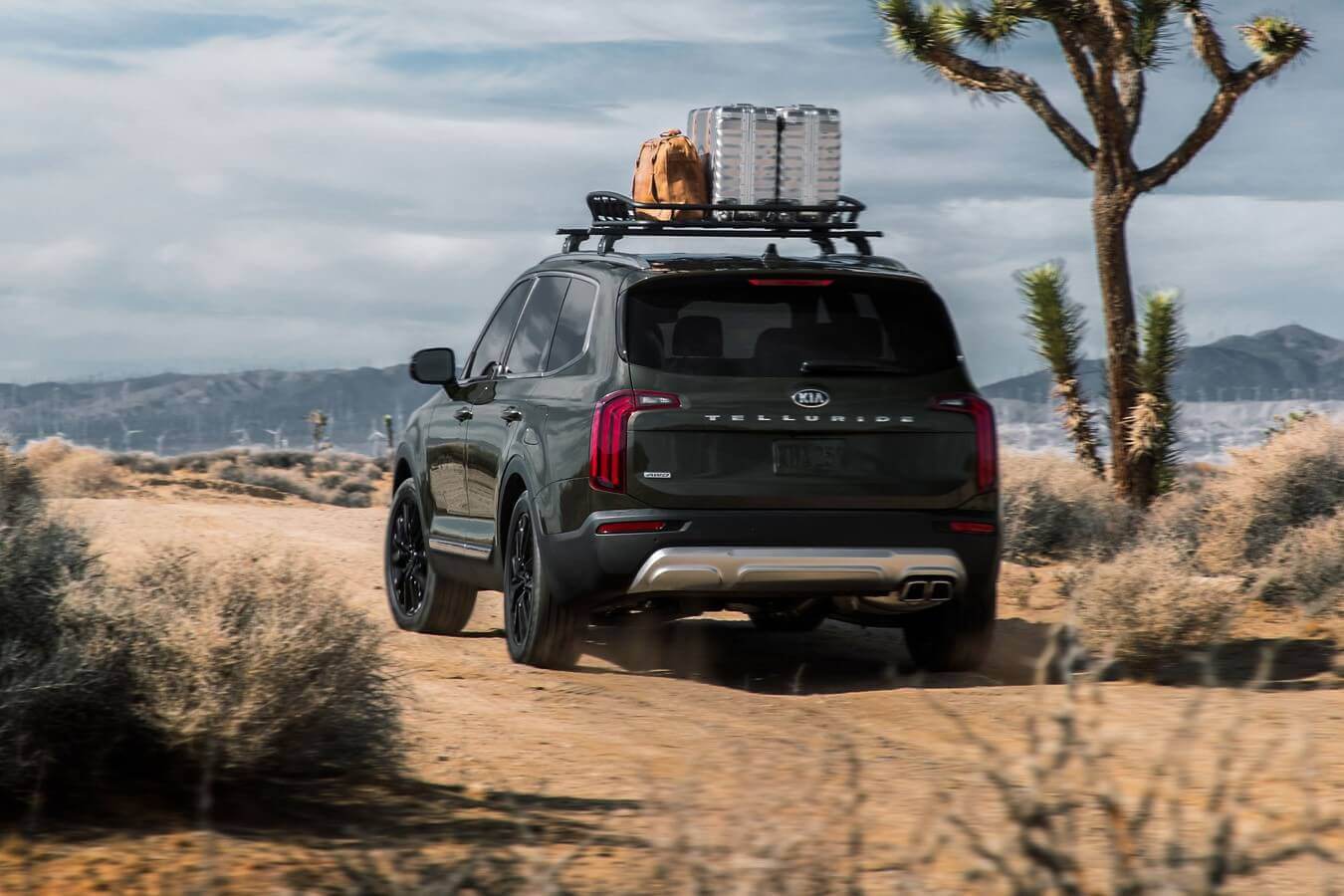 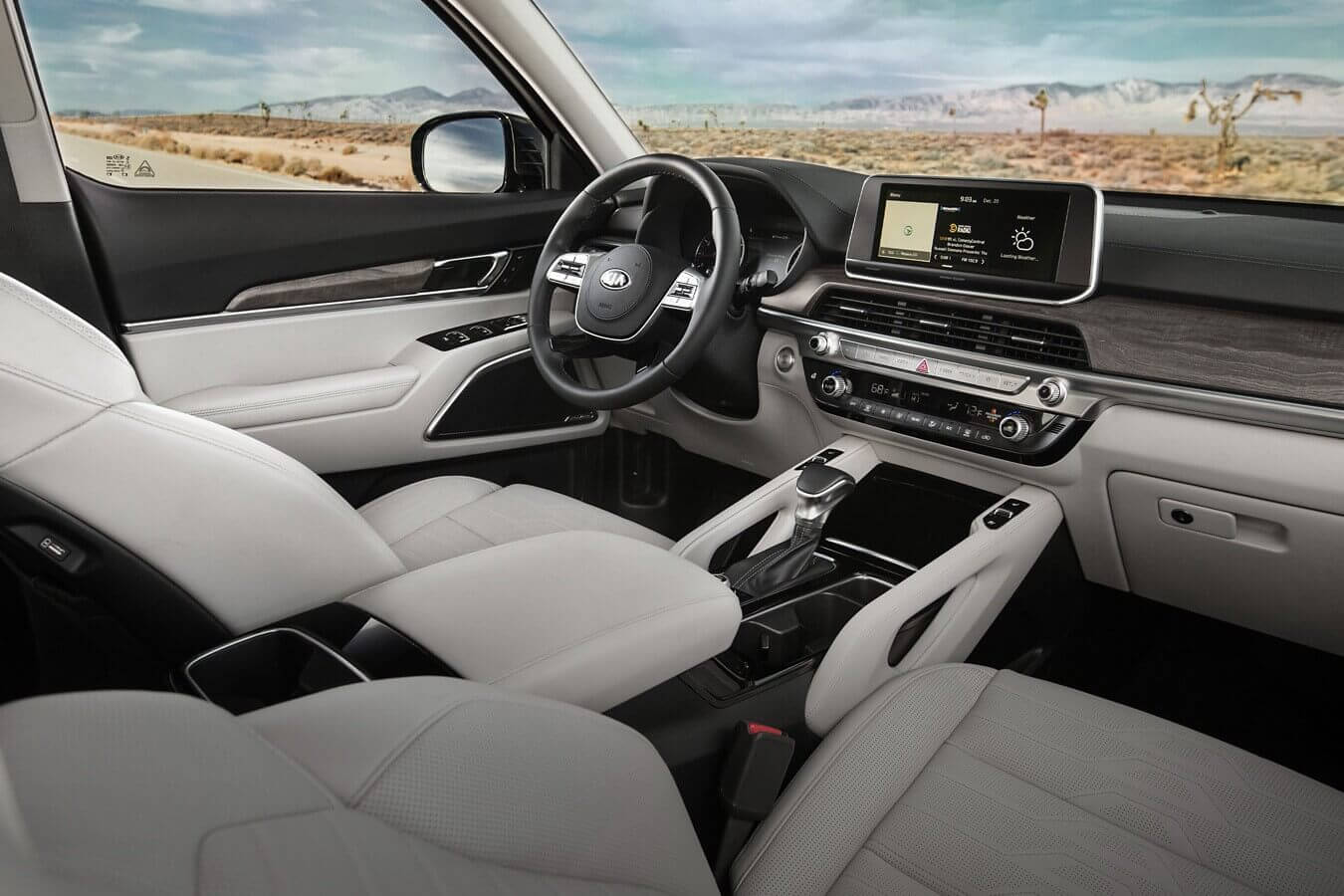 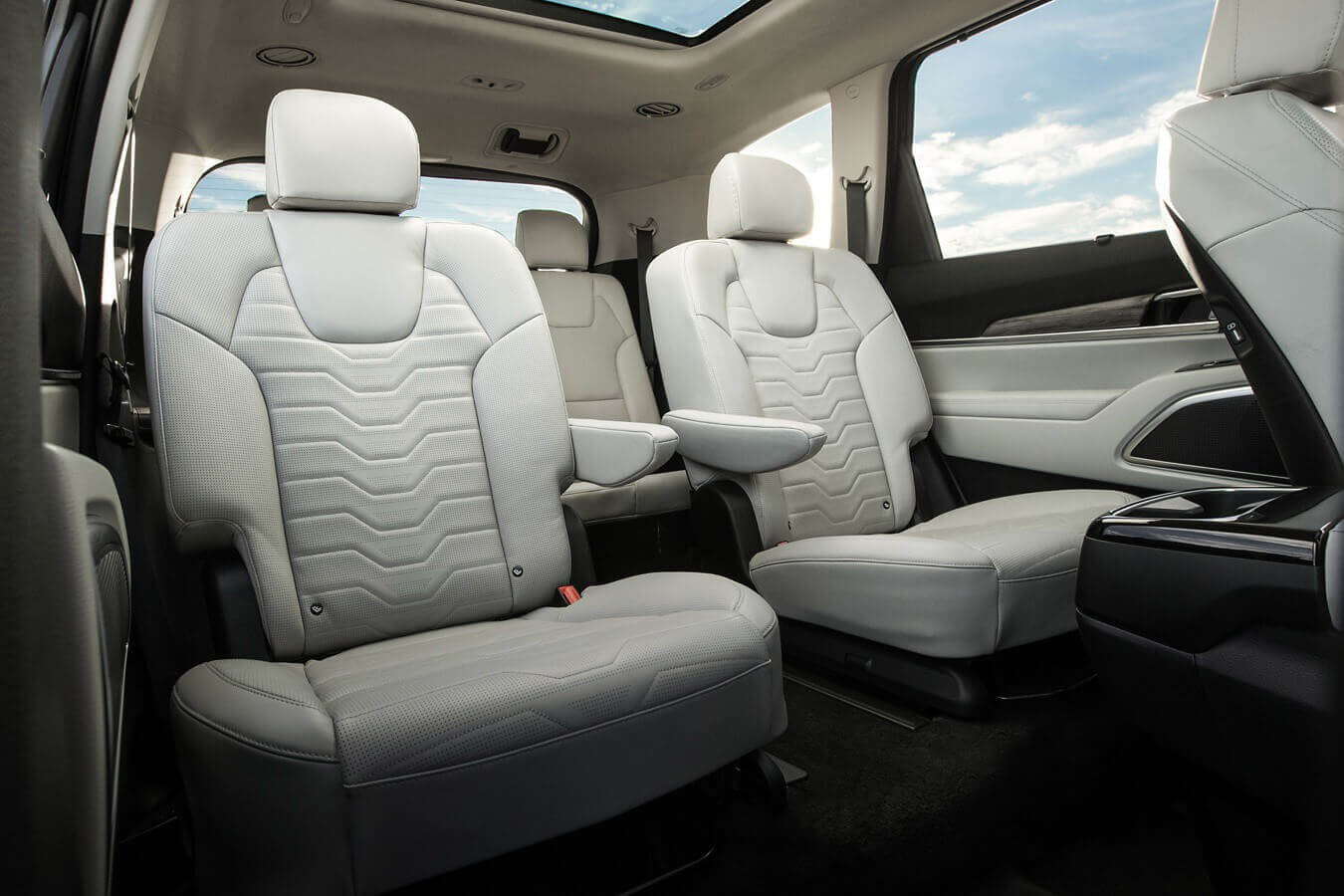 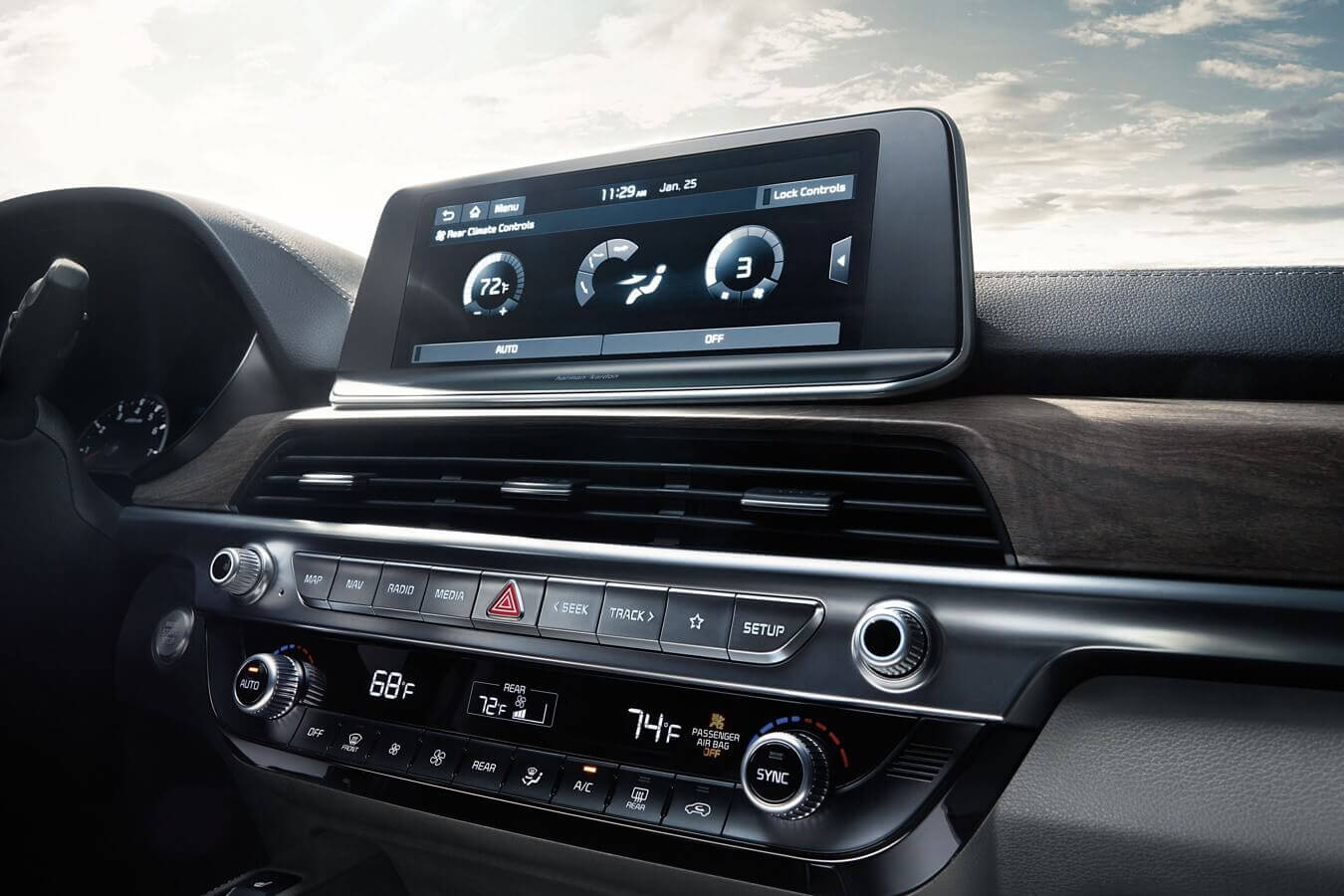 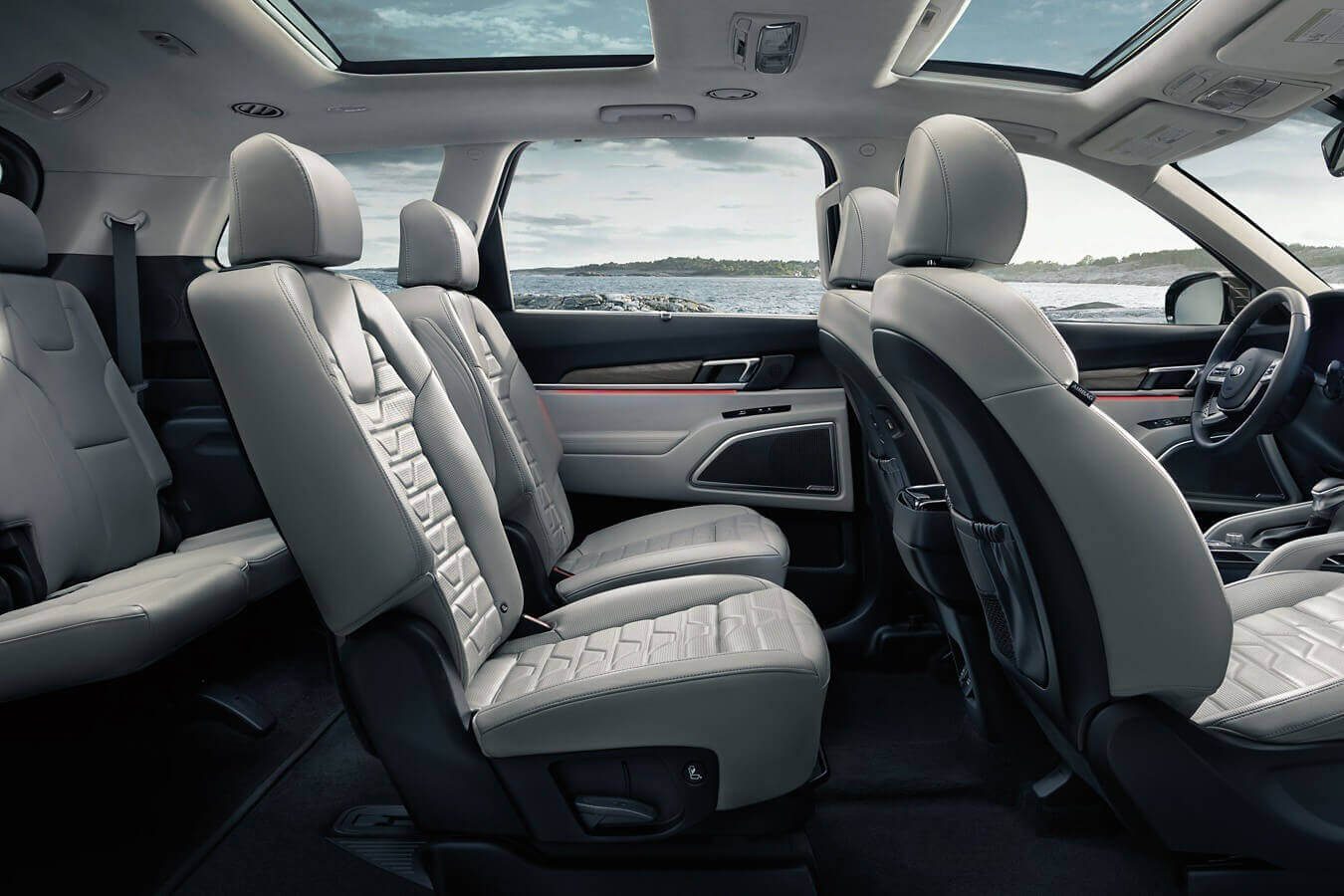 Telluride is a Colorado town named for gold telluride, a 44 percent precious metal that was found there in large quantities during the gold rush. Let’s find out is it the cost to lease Kia Telluride or the characteristics that make it a “golden” vehicle.

Kia Telluride at first glance may also seem unremarkable. Another dime a dozen multi-seat SUVs in the US. Also, the design is such that from the side and rear it’s easy to mistake it for a Volvo. But the front end is unmistakable: orange LED vertical cluster headlights set the Telluride apart from any other car.

It is also worth noting that the rear door here is quite large, which will be convenient for loading and unloading passengers. Also, the rear door glass lowers all the way (not all cars are tinted like this) and the door opens almost 90 degrees. 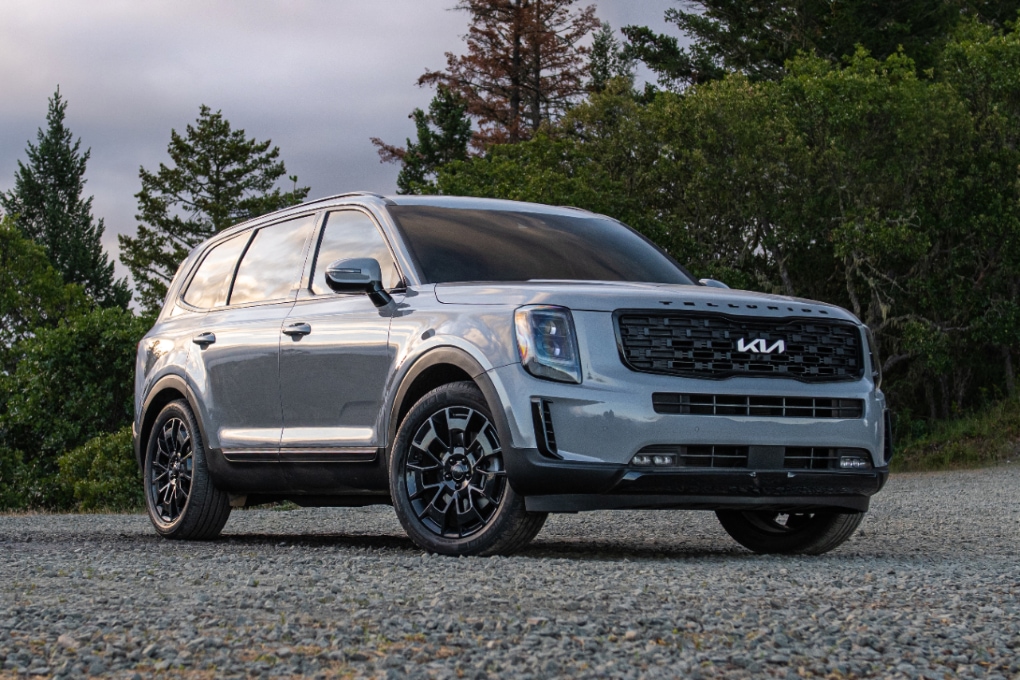 For the first time, the world community heard about KIA Telluride in 2016, when the manufacturer presented the first concept at the Detroit International Auto Show. The updated version received a rather unusual appearance and a number of innovative technical solutions.

The production model, which appeared in 2019, received a calmer exterior, lost some controversial features such as doors that open in different directions without a B-pillar.

The huge grill catches the eye. It is made in the corporate “Tiger Nose” style and covered in chromed mesh with hexagonal cells. On the sides, at a considerable distance, there are small vertical headlights. Externally, the KIA Telluride is amazing, and not only because of its gigantic size. The lease price for Kia Telluride offers much more than a massive car. The crossover looks really beautiful, deliberately brutal, impressive, and balanced, and there is a touch of luxury in its appearance.

The front part of the car is decorated with a monumental chrome radiator grille with a large mesh pattern, which occupies almost the entire area between the expressive headlights and a massive bumper. And in the stern, there is a large tailgate, elegant boomerang lights, and a neat bumper with a dual tailpipe, located closer to the starboard side.

From the side view, the SUV exudes self-confidence and harmonious proportions, emphasized by a long hood, slightly sloping roofline, powerful beltline, embossed sidewalls, and large, swirling wheel arches. Kia Telluride’s lease cost for this beautiful car will surprise you with our unbeatable rates. Kia Telluride is a crossover with three rows of seats. This is the largest car of the Korean manufacturer. Its dimensions:

Ground clearance is solid and is about 203 millimeters in the standard position. The car is basically an improved Santa Fe platform with a typical crossover architecture. By default, the Telluride is a seven-seat layout.

Although, for an additional fee, the rear sofa can be replaced with two separate, more comfortable captain’s chairs. As for the trunk, its size, depending on the position of the rear rows, varies from 510 liters to two cubic meters.

The KIA Telluride’s main power unit, like its Palisade counterpart, will be a naturally aspirated well-known Korean Lambda V6 3.8-liter V-6 gasoline engine. As a result, the engineers managed to squeeze 291 horsepower paired with the eight-speed automatic transmission.

FWD is the default configuration for the standard new Kia SUV Telluride lease. For an additional fee, you can ask for the version with the patented HTRAC system, which transfers traction to the rear wheels through an electromagnetic multi-disc clutch. The KIA Telluride crossover provides control of driving modes, which can be selected by turning a special dial on the panel. In addition to the standard functions such as “ECO”, “Sport” and “Comfort”, there is also a “Smart” mode.At the same time, the car itself determines its preferences and independently activates the appropriate settings for driving. The system is quite smart making the Kia Telluride lease offers even more attractive.

The car also has a “Snow” function, so the all-wheel-drive can also overcome some uneven surfaces. However, this model is a crossover and cannot offer full off-road functionality.

In terms of handling, the 20-inch wheels may wobble annoyingly on some bumps, but overall the ride is smooth and comfortable. The Kia Telluride lease price offers a good mix of comfort and handling and can serve as an example for many models. As the main model of Kia’s off-road lineup, the Telluride has received a rich list of optional features. The car can be equipped with a multitude of airbags, wheel lock prevention systems, different driver’s aids, advanced climate control, a power trunk lid, and adaptive cruise control.

The inside of the cabin may have leather upholstery, heated seats, and a multimedia system that can connect to two smartphones at the same time.

The multimedia system screen works very well, it looks modern and there are also options to connect to Apple CarPlay and Android Auto. By the way, all these features are in the basic configuration. Telluride will have the conventional air conditioner, but at the same time with 2 zones. This means that the passengers in the last row can independently regulate the speed and temperature of the fan.

Behind the third row, there will be space for three small bags, which are not normally carried on the plane. Additionally, the seats of the second row are easily folded by pressing a button from the trunk, which is convenient for transporting bulky objects. 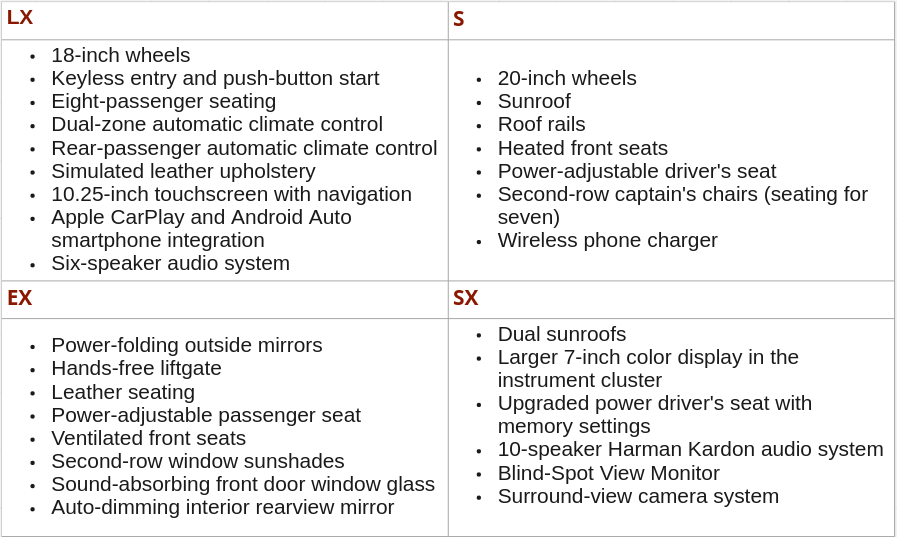 KIA Telluride is a niche full-size SUV with front or all-wheel drive. This is not only the undisputed leader of the Korean company’s crossover arsenal. It remains the largest model in the South Korean automaker’s history of existence.

Contact us to get the free consultation and the details about how much is it to lease a Kia Telluride. Our lease experts are here to impress you with the unbeatable rates and exceptional service.