The seven-seater Volkswagen Atlas is the largest SUV in the German brand’s lineup.

The car had the feel of a super luxury car, and it’s just a Volkswagen, Audi‘s little brother (although it looks more like its twin).

Everything is harmonious inside: the sound is good enough to listen to your favorite music, and the leather seats are quite soft.

All these details accompanied by impressive technical features in VW Atlas lease greatly contribute to the idea of ​​luxury and comfort. The car took the form of a Cross Sport version. It is not difficult to distinguish a novelty from a pre-reform model. Narrower headlights draw attention, keeping different LED daytime running lights graphics and an all-LED interior.

The grille was modified with curved tips and a different design with three horizontal chrome liners. The central air intake received an embossed plastic mesh instead of fine fins.

The stern is distinguished by a different brake light graphic, as well as a bumper. It received full-width reflective accents and lost the silver accents around the tailpipes. For an additional fee, you can get a more aggressive R-Line styling package with larger wheels.

The interior features a new multifunction steering wheel, a virtual dashboard, and an improved multimedia system. The manufacturer did not increase the size of its screen and left a diagonal of eight inches.

The composition of the trim levels has changed. Thus, already in the basic configuration, Volkswagen Atlas lease offers an automatic braking system capable of detecting pedestrians.

The manufacturer has finalized the logic of the radar cruise control. You can bring the vehicle to a complete stop and resume driving yourself within three seconds of stopping. At another time, the driver will have to give a signal with a button or lightly step on the accelerator.

The second surprise, and the most important, is its space. Consumers generally say that three-row trucks actually have 2.5 rows, since the third row isn’t best used unless the passenger is a child between the ages of four and six.

This is not the case with the VW Atlas lease: all three rows can be used by adults, you just have to adjust the legroom in the second row. Up to seven adults can be comfortably accommodated.

Plus there’s plenty of room to put a few suitcases. The car offers up to 96.8 cubic feet at its maximum capacity.

The standard configuration of the car comes with

Atlas overcomes bumps on a straight road without problems. The steering is perfect for the driving style the Atlas will face. It’s light and straight, making it easy to drive the big Atlas through narrow streets or parking lots.

Volkswagen Atlas lease price may be different depending on the trim level you choose. There are six available trims. 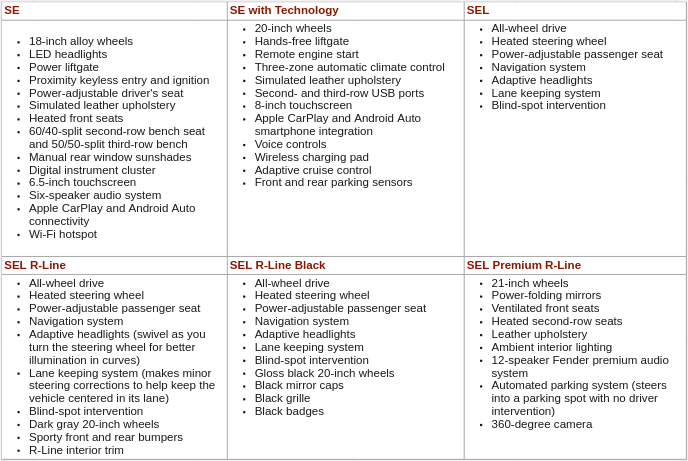 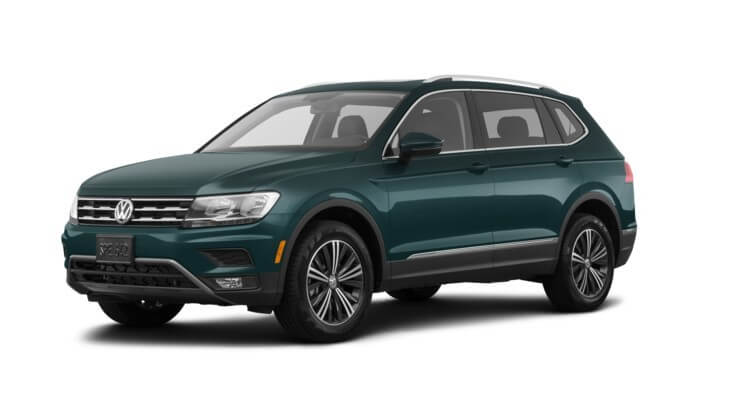 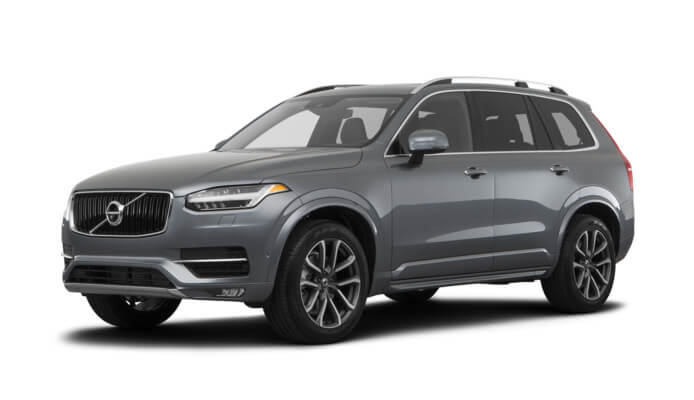