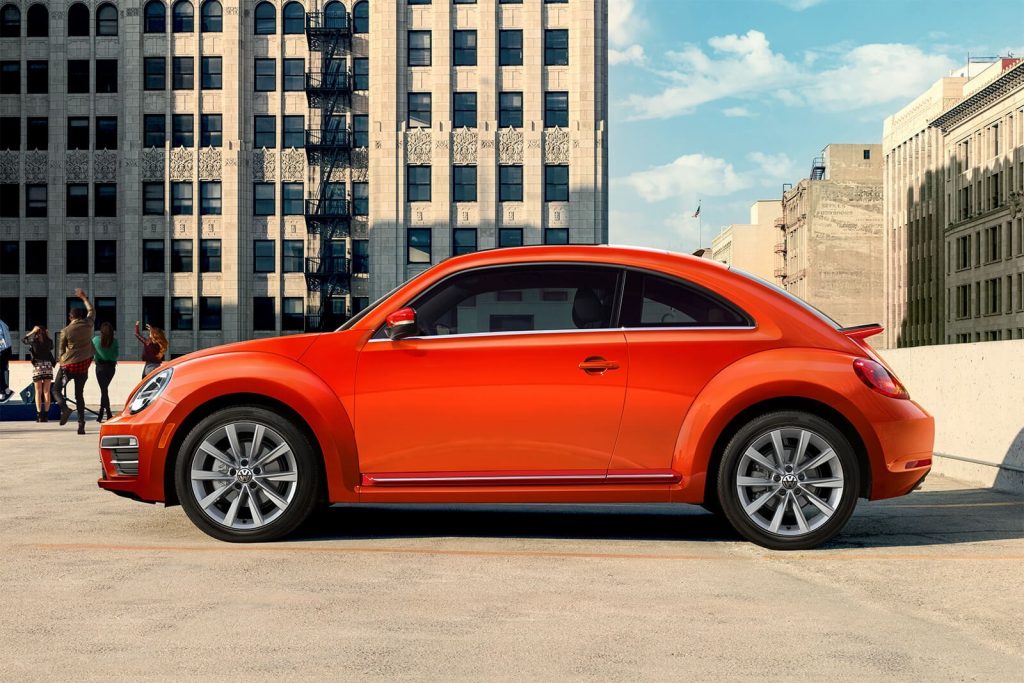 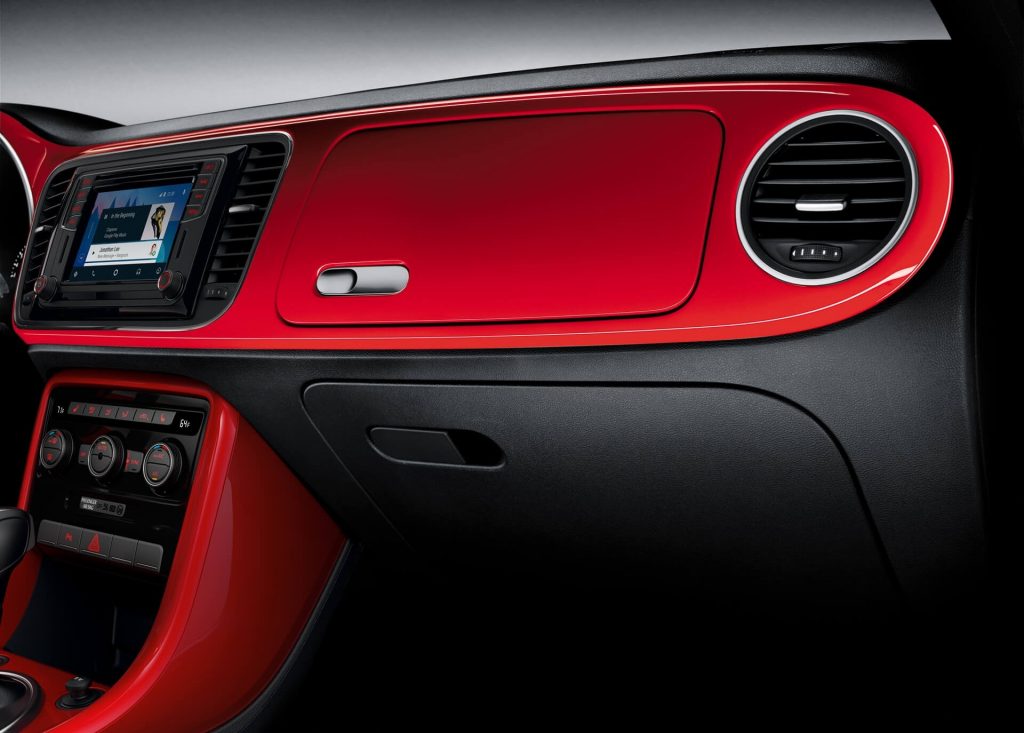 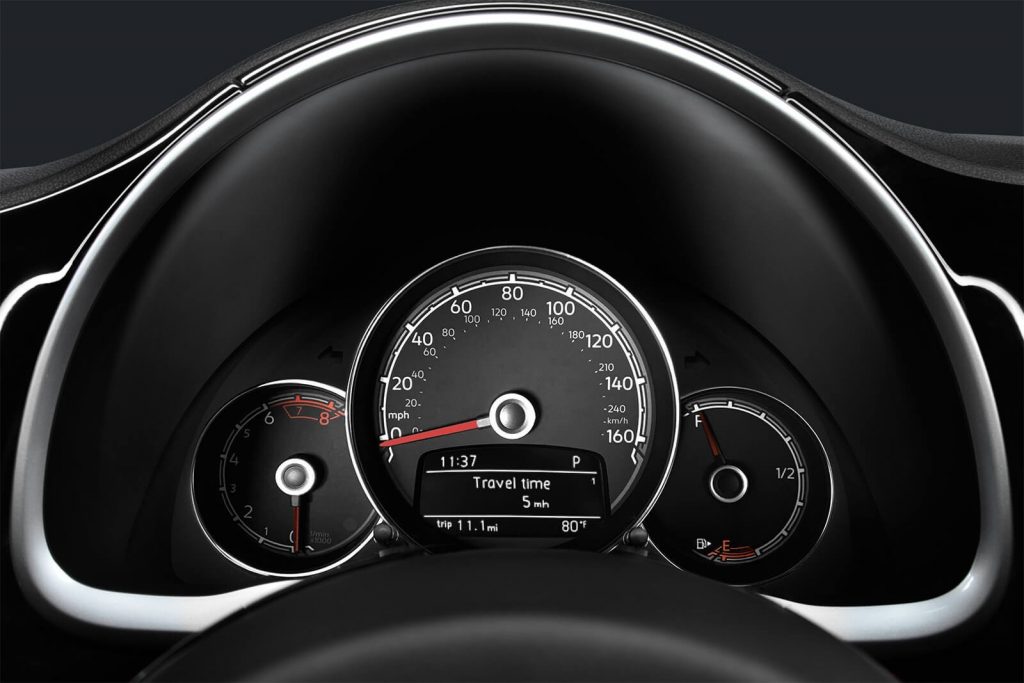 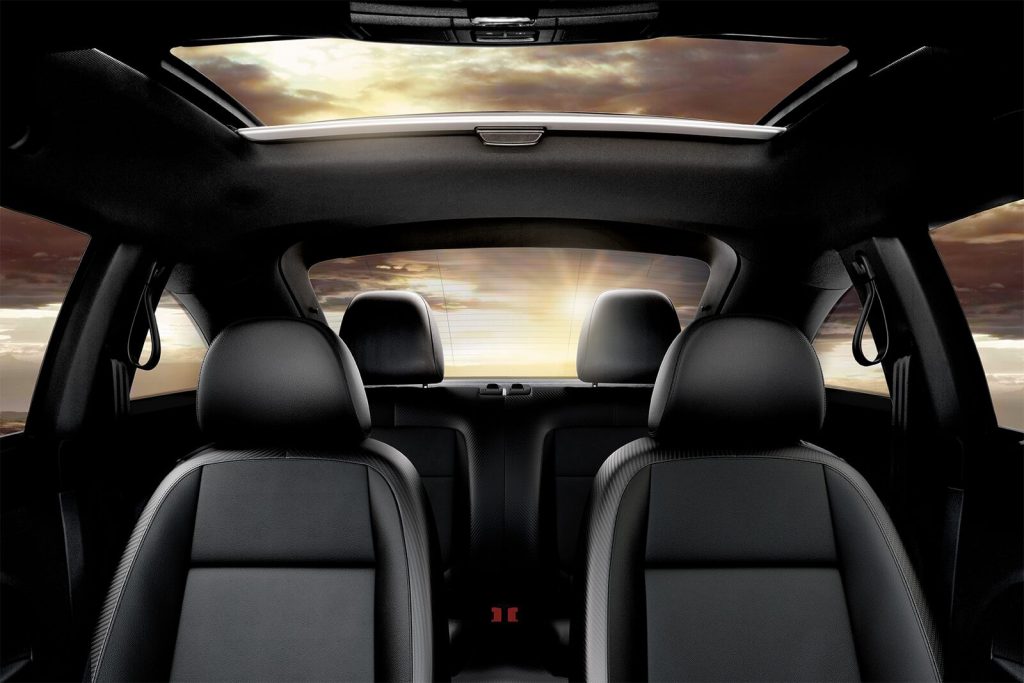 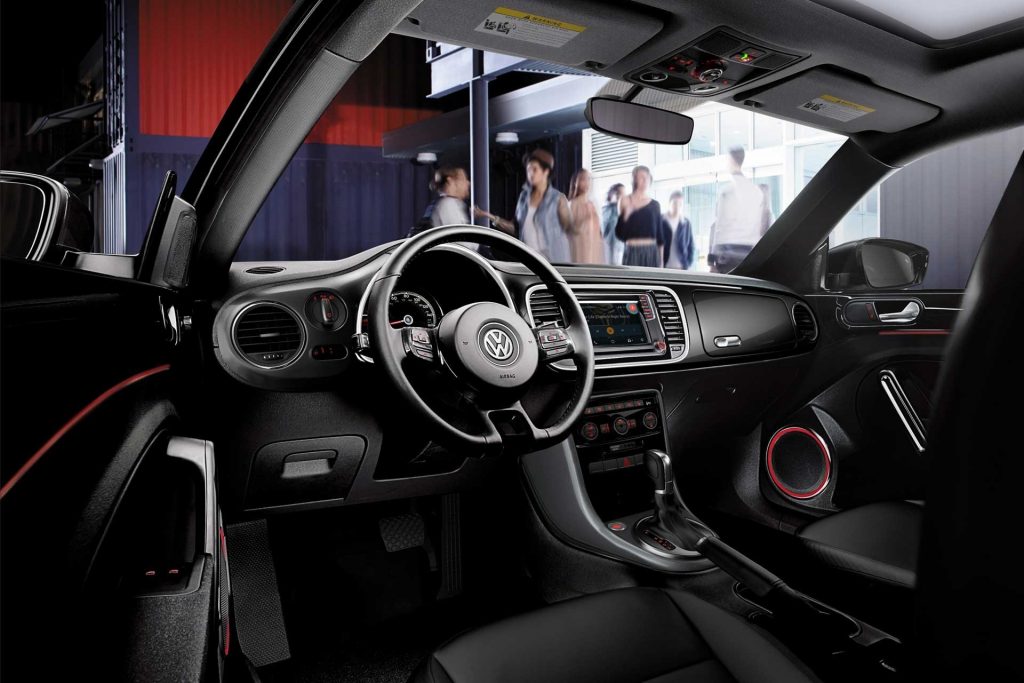 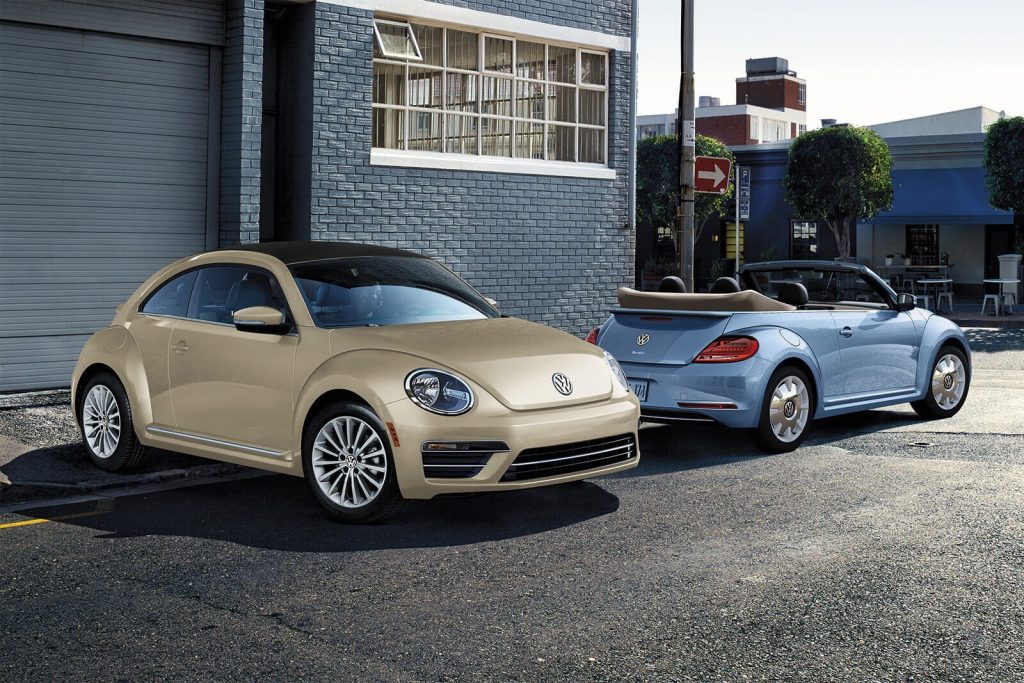 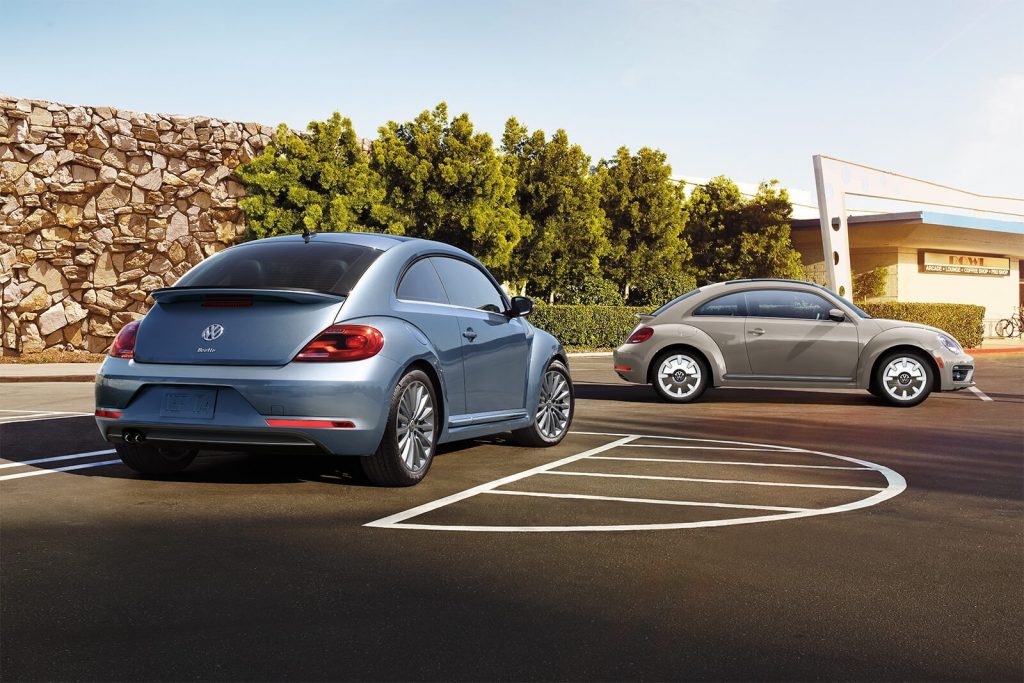 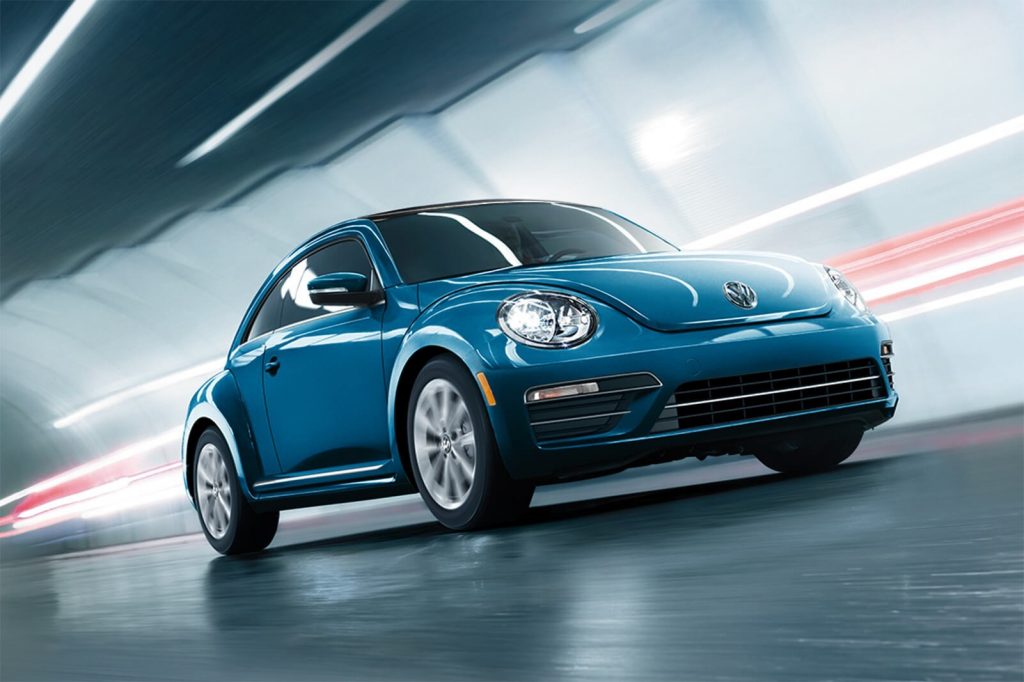 The new generation of Volkswagen Beetle lease received a new technical padding, a modern interior, and a neoclassical design. Beautiful round headlights with large reflectors and stylish chrome inserts catch the eye.

The original model was air-cooled, the modern version has no grille. Only a small air intake in the front bumper is used to cool the engine and intercooler.

VW designers managed to cross the unusual features of the legendary car with modern realities and the laws of fashion.

The latest model of the car was presented in gasoline and diesel versions, and the power increased to 160 horsepower. 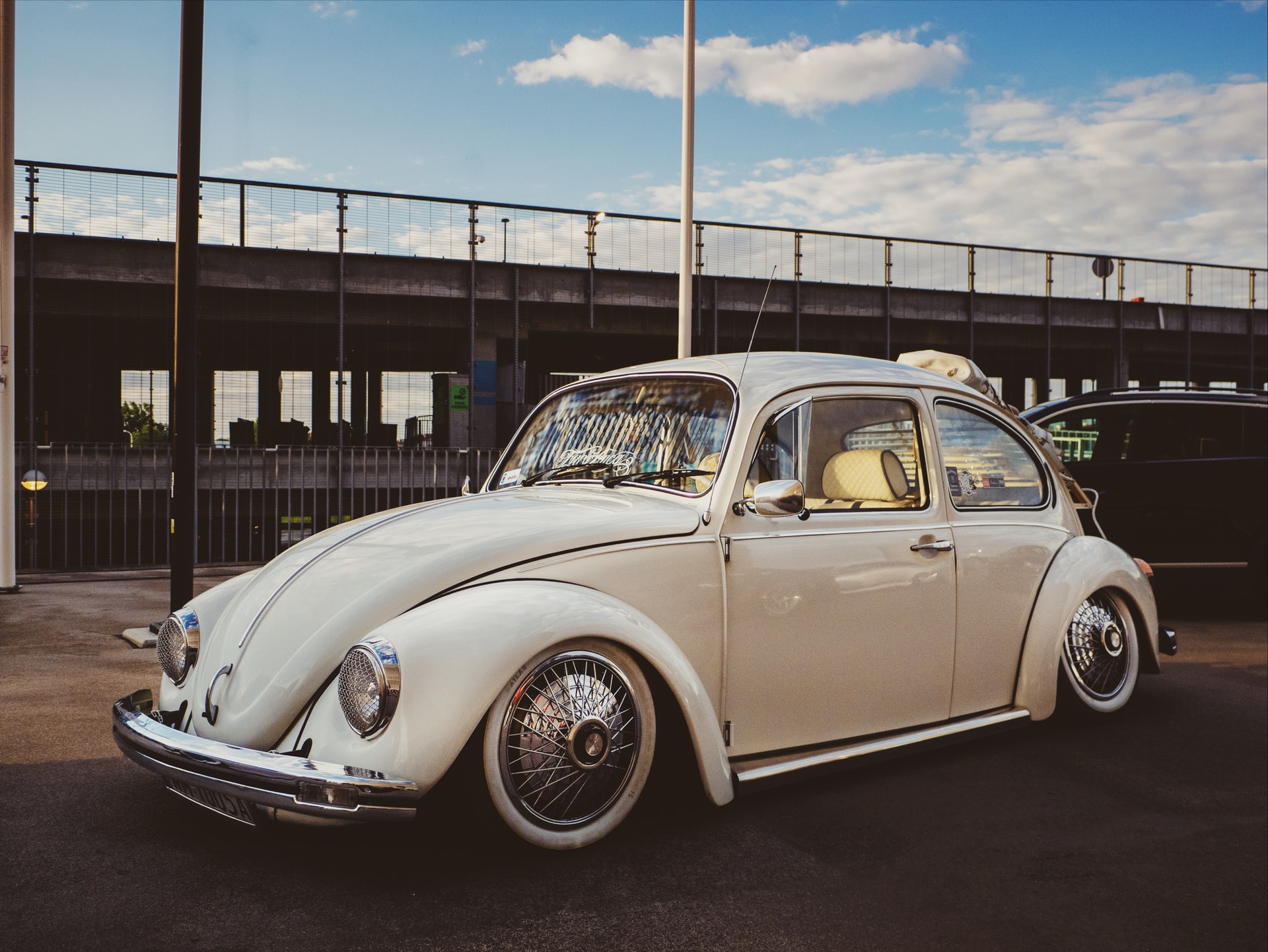 The first thing that catches your eye is the bumper insert with LED turn signals and LED fog lights.

The bumper itself is small and light. The entire appearance of the Volkswagen Beetle is on a distinctly sporty tone.

The design of the VW Beetle lease is recognizable and exciting with curved edges and a beautiful retro style.

Modern models, as befits the Beetle, are two-door.

The driver’s seat of the modern model has preserved the retro style. On the instrument panel, in addition to the speedometer and tachometer, there is a fuel gauge. The panel itself remains simple and functional. The modern here is a control panel with a 6.3-inch screen. The interface supports: 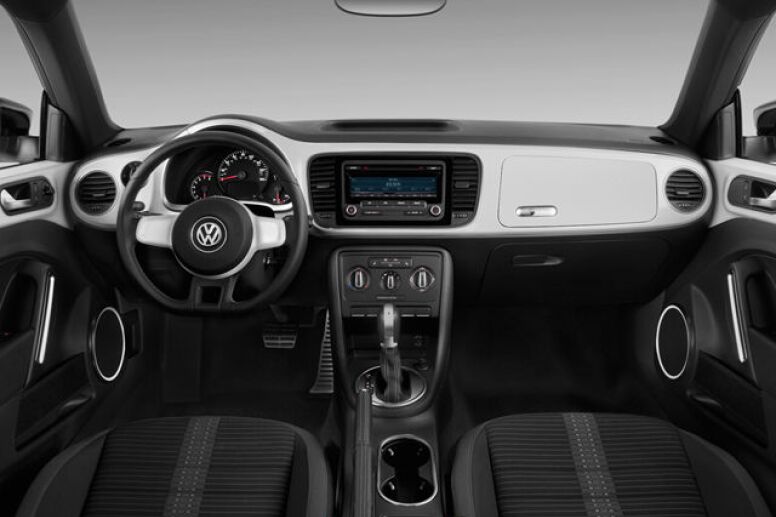 On the sides of the display are control buttons with slots for SIM-cards and memory cards.

The climate control system is dual-zone, its unit has become more modern. Below are the buttons for the security system, valet parking, and others. Between the front seats, there is a handbrake and sockets for glasses. The front seats slide back to accommodate people in the second row.

This landing is typical for most light road vehicles. They hold the road well, can drive over a small curb, and do not lose stability even at high speeds.

The Beatle’s suspension is fully independent with multi-link architecture and stabilizer bars.

Despite the unusual body shape, the Beetle’s trunk has a good capacity – up to 15.4 cubic feet.

The car is equipped with three different engines, mechanical and robotic CVT transmissions, as well as exclusive front-wheel drive.

Thanks to a good list of alternative units, the Beetle lease prices became versatile and can satisfy most of the needs of a potential consumer.

The Beetle is a car with a rather long and unusual history. The new generation boasts an elegant yet iconic design that emphasizes the character and personality of the owner.

Thanks to its unusual shape, such a car will not dissolve in the everyday gray stream and will not get lost in the large parking lot of the shopping center.

The Volkswagen Beetle lease is a classic in a modern package.