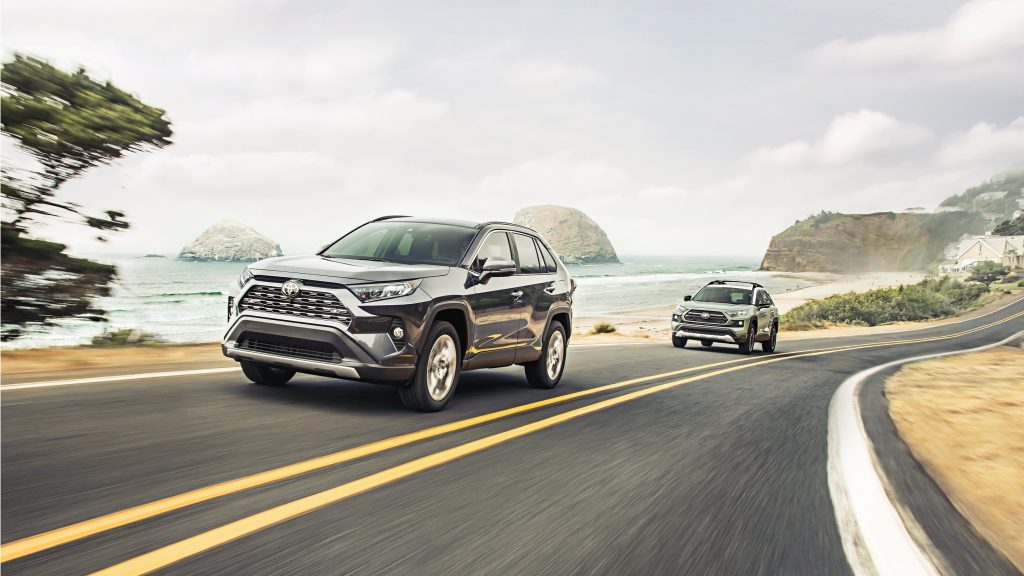 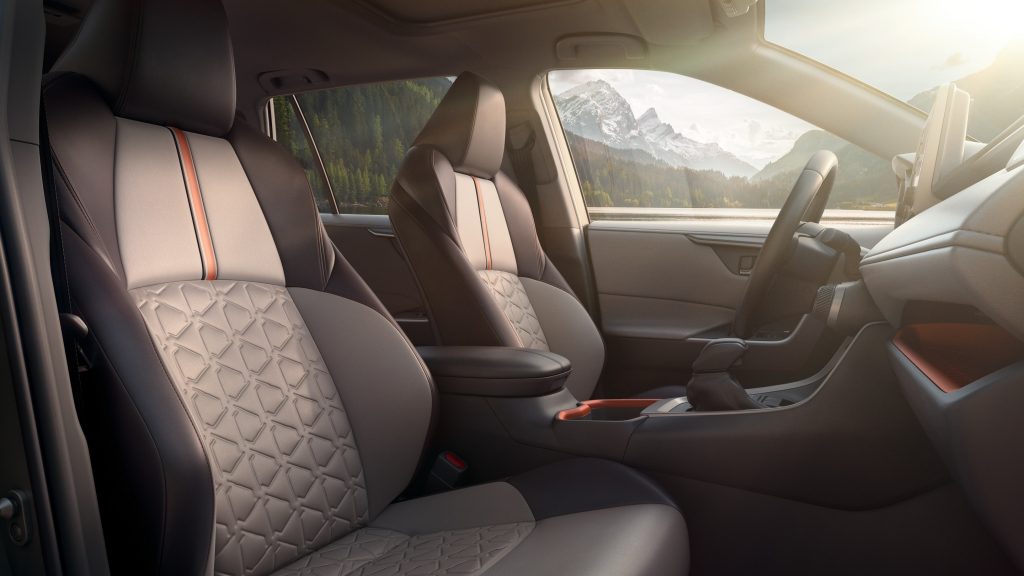 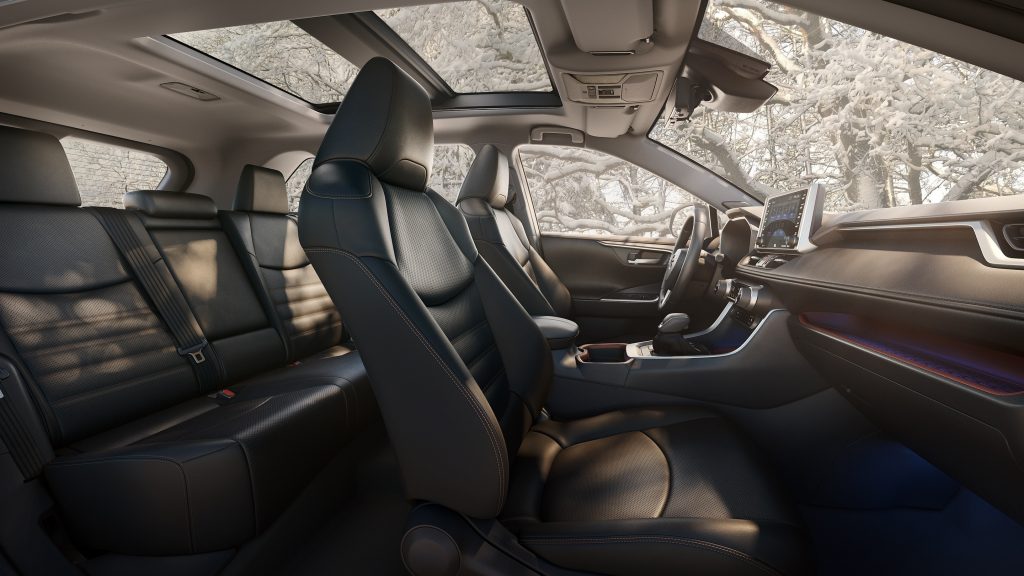 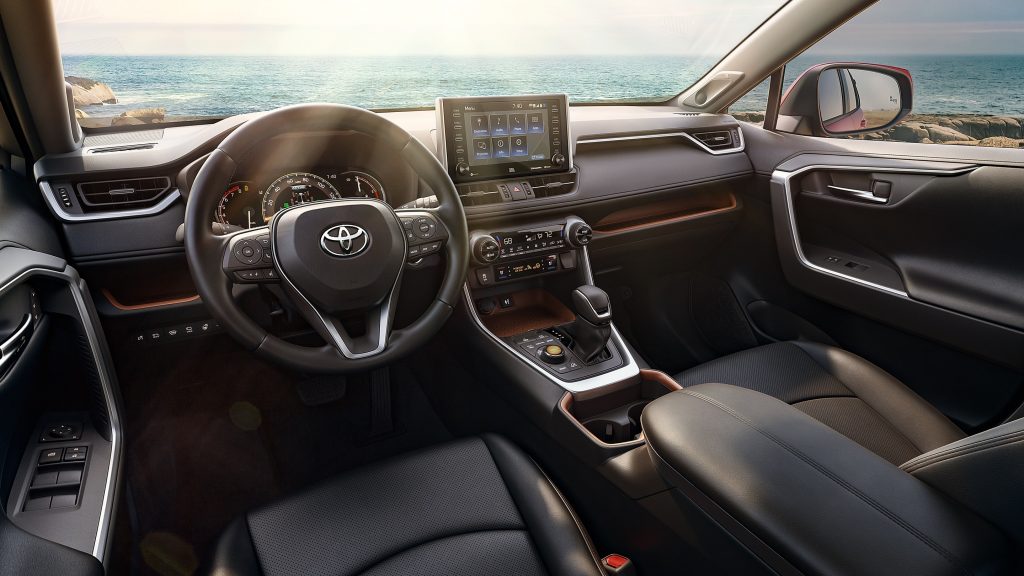 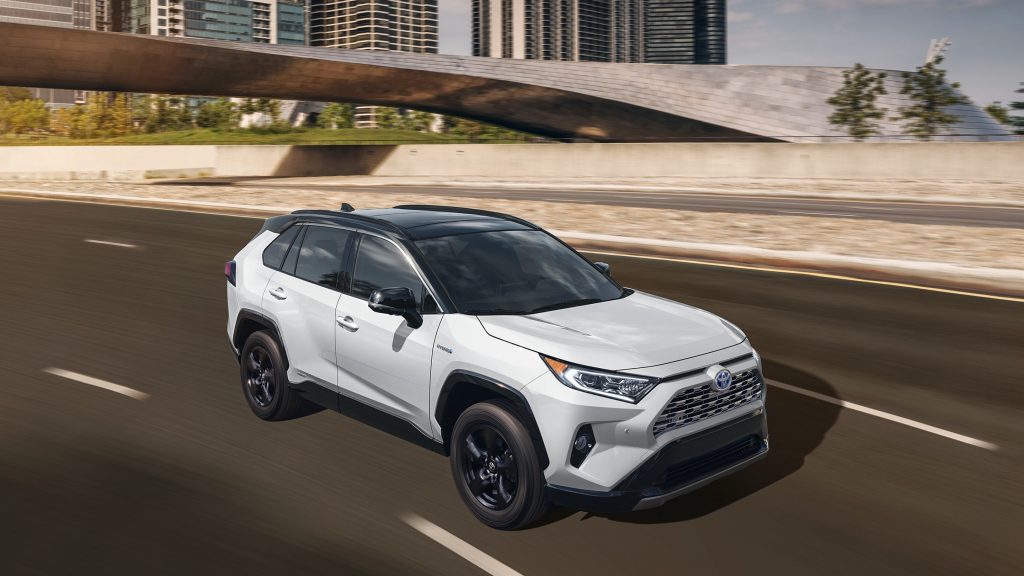 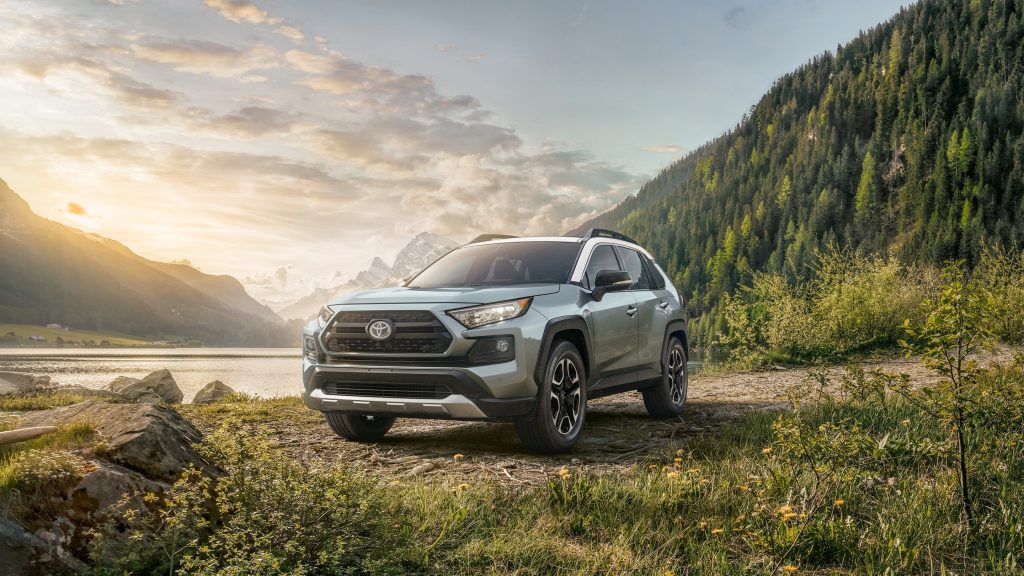 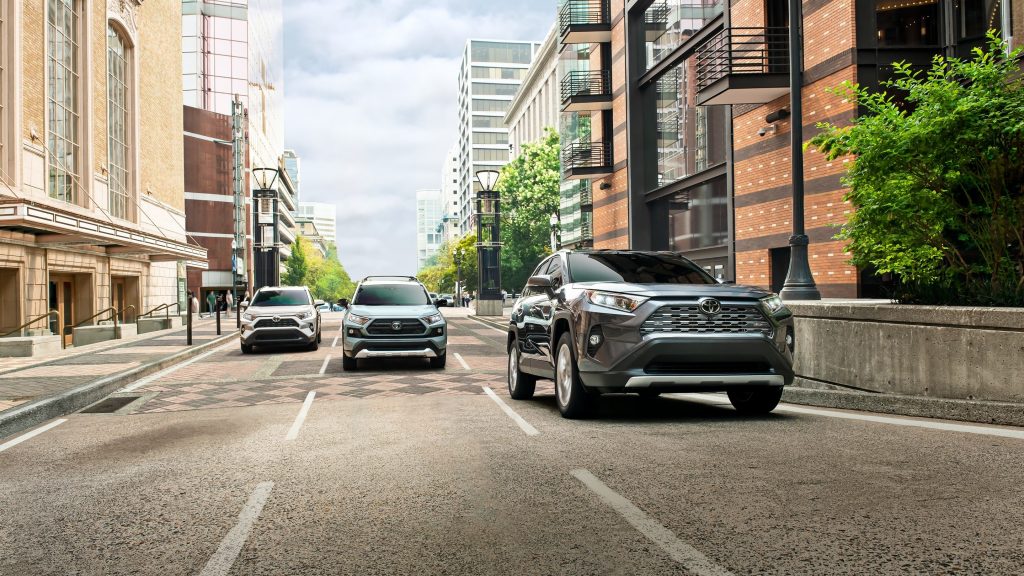 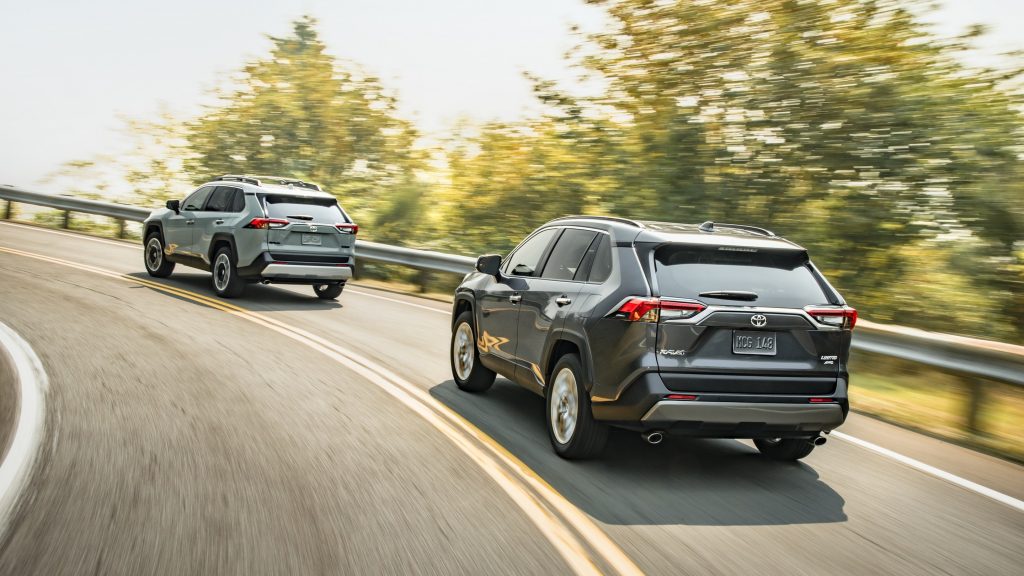 The Toyota RAV4 lease deals in NY include many new features that are worth considering. There is the TNGA modular architecture, a body that is 57 percent stiffer than its predecessor, and aluminum body panels.

Additionally, RAV4 has a heavily modified chassis with electric power steering mounted in the frame, and an increase of three centimeters distance between the axis.

The styling of the RAV4 is dynamic with a powerful front with spectacular edges, wide air intakes and grille, “square” wheel arches, embossed patterns on the sides, and two exhaust pipes. The “square corners” theme continues in the interior, which looks and feels great. The door panels are wrapped in soft leatherette, all door handles are covered with rubber, the front panel has neat stitching.

Moreover, behind the steering wheel is an “-almost digital” dashboard along with traditional analog instruments, but with a large seven-inch color screen and two information display options.

For the cost of leasing a Toyota RAV4, you get everything your heart desires: adaptive cruise control with a bump stop that slows the car on its own, systems to automatically switch high beams to low beams, and all-around visibility.

New Toyota RAV4 lease deals also include the wireless charging, navigation, memory position of the seat, and its electrical system. Notably, there is the heating of all elements, including the rear sofa. This model has a fairly compact size.

The weight of an SUV, depending on the configuration, and gearbox, can range between 1,570 and 1,715 kilograms.

The model feels great in the city, where you can easily make any maneuvers.

Toyota’s 4-cylinder naturally aspirated gasoline engine belongs to the Dynamic Force family. The design of the engine is characterized by the use of combined fuel injection, variable valve timing on the inlet and outlet. 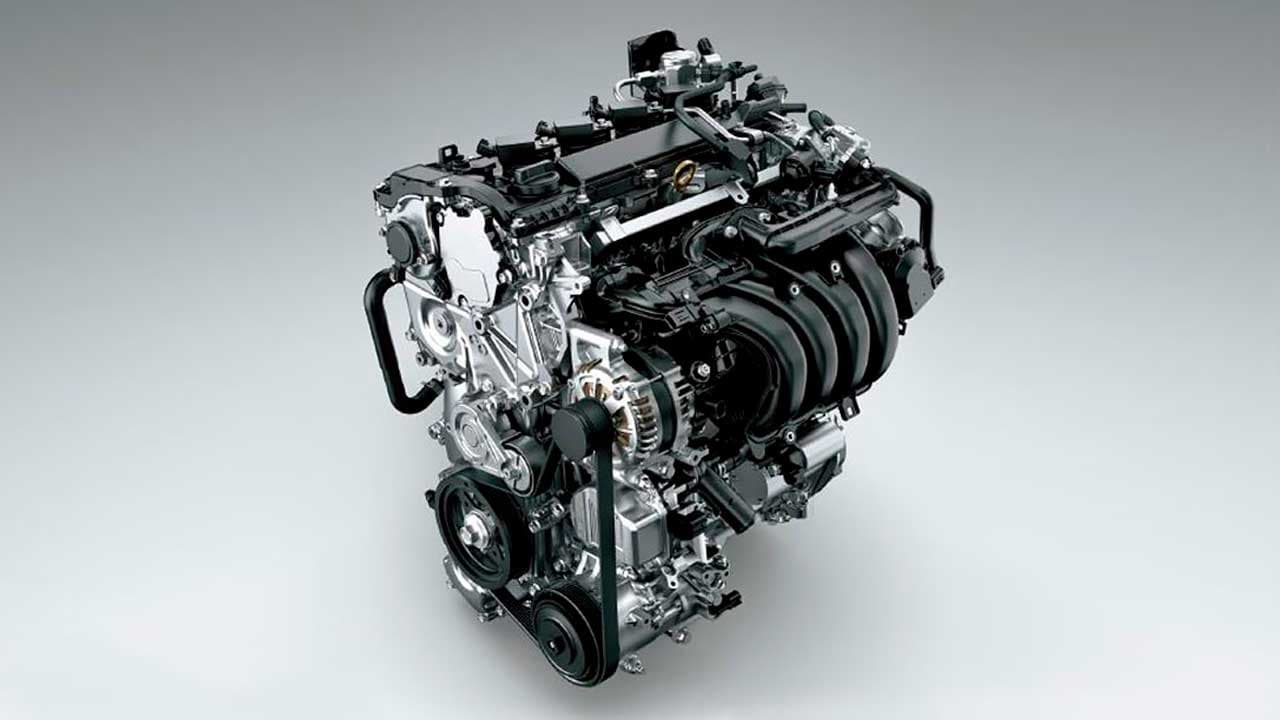 It provides a high compression ratio (13: 1), the ability to work on the economical Atkinson cycle at low loads. It takes 8.5 seconds for such a motor to accelerate100 km/h.

The transmissions are adapted to the off-road. To achieve this result, Direct Shift-CVT has an additional gear that works at speeds up to 25 km/h, and the first stage of the 8-band automatic UB80F is made as short as possible.

By segment standards, this model can be safely called the driver’s car, and the afterburner, transferred from the steering shaft to the rack, only adds reactivity.

At the same time, the gaming atmosphere does not detract from the smoothness of the ride, which has also been taken to a new level thanks to the suspension’s improved energy efficiency.

When getting a car lease of Toyota RAV4 it doesn’t bother with unnecessary noise and jolts. Even with the top-of-the-line 19-inch wheels, the crossover easily handles big bumps without excessive stiffness or potholes.

On the road sections with broken asphalt, it can be driven quite calmly: the power is excellent and it never gets uncomfortable. Maybe for the fair Toyota RAV4 lease cost, you would like less vibration from the little bumps, but this is not a problem or a complaint. Just a wish for a future crossover.

There’s good steering effort, but you wouldn’t kike to add cornering speed. Smart dual-clutch all-wheel drive doesn’t make the crossover a rally car either. Sometimes the car tries really hard to go exactly where you don’t want it at all. In a calm urban driving mode, RAV4 is very pleasant to drive.

The Toyota RAV4 lease offers a sleek, modern design with sporty features. Upfront, the headlights are medium-sized and slightly sloping. The optics fit snugly on top of the array module. Below you can find a massive bumper with a large air intake. In the lower part of the body, there are unpainted plastic linings, which is a mandatory attribute of a modern crossover.

The car’s side view draws attention with sleek wheels and black B-pillars. At the stern, there is a large spoiler, slightly protruding headlights, and exhaust pipes under the bumper.

Inside the car looks strictly and neatly and complements the Toyota RAV4 lease price. Above the front console, there is a square screen for the multimedia system, which can be controlled using the touch screen or buttons located on the edges. Below you can find the air conditioning control unit with two “washers”. The compartment with the gear lever is decorated with a metal lining. There are many buttons on the steering wheel with which you can control various options. The central tunnel has two cup holders and a wide armrest.

There are no essential renovations inside the Rav 4 after the restyling. You can see in the cabin built-in power window key backlights, black eco-leather seat upholstery with orange stitching, additional USB-C ports, and a team-named door sill. Toyota’s ambient interior lighting has expanded its color range. Additionally, power seat adjustments are now available for an additional fee not only for the driver but also for the front passenger. To find out how much is a Toyota RAV4 lease with various features, contact us and get a free consultation.

The new fifth-generation Toyota RAV4 increases cabin capacity with the rear seat folded down to 69.8 cubic feet compared to its predecessor.

As before the restyling, top-end configurations will please with an electric tailgate. There is no additional hatch for transporting long items.

The car has been sold at the US car market for a long time and during this time it has established itself both on the positive and on the negative side. The main advantages of the Japanese crossover include:

The main advantage of the Toyota Rav 4 is a great balance between handling and smoothness. In this matter, the model is one of the leaders in its class. The spaciousness of the rear seats and the off-road capability of the electronics, borrowed from the Land Cruiser, deserve praise.

Among the shortcomings, buyers often note the high price and the narrow rear row of seats. Also, the disadvantages include the outdated multimedia system. The graphics and performance of this infotainment console are more in line with the standards of 10 years ago than with the modern trends.

You can get Toyota RAV4 lease deals in the following trims: LE, XLE, XLE Premium, Adventure, TRD Off-Road, and Limited. 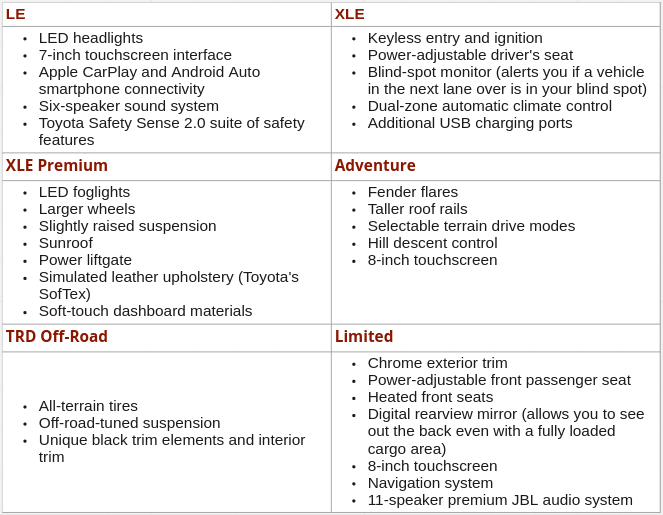 For more than 20 years, the Japanese Toyota corporation has been producing the RAV4 compact crossover.

Nowadays it has managed to become something special, firmly rooted in people’s minds as a reliable car. And this car is absolutely suitable not only for city trips but also for cross-country driving.

You can find out how much does it cost to lease a Toyota RAV4 at Grand Prix Motors and be impressed with unbeatable prices! We will offer the most convenient terms for your Toyota RAV4 lease along with exceptional service.